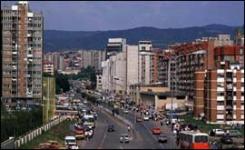 Pristina authorities have started procedures to set up the Kosovo Security Council, an advisory body working to preserve Kosovo’s national security and safeguard its sovereignty.

Strategy building, intelligence review and regular meetings with international officials stationed in Kosovo are key parts of its agenda, as are the formulation of foreign policy and emergency planning.

Deputy International Civilian Representative Fletcher Burton welcomed the formation of the
Council, calling it “a strong foundation for the formation and co-ordination of effective national security and safety strategies.”

“The Kosovo Security Council will function in the interest of all Kosovo’s citizens,” he said. “Keeping this principle always in mind will help Kosovo move closer to Euro-Atlantic structures.”