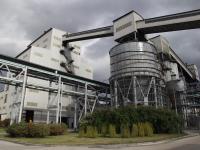 The Bosniak (Bosnian Muslim)-Croat federation will privatize parts of its 11 biggest public companies this year, including BH Telecom, Energoinvest and Hidrogradnja Sarajevo and Aluminijum Mostar, which are estimated to be worth at least 500 million euros, the government decided at its session on Thursday.

The government has officially abandoned its plan for the selection of strategic foreign partners to carry out joint investments in several major development projects, mainly in the energy sector. Instead, these projects will be prepared and carried out by the two entity’s power companies.

The announcement signals the end of a lengthy dispute and battle for control over the most lucrative public companies, which effectively blocked several key privatization deals and development projects.

For the past few years, the two ruling Bosniak parties – Party of Democratic Action, SDA and Party for Bosnia and Herzegovina, SZBH – have divided up control over the biggest public companies: while SDA was in control of BH Telecom, SZBH was in charge of Bosnia’s biggest power company Elektroprivreda BiH.

Disputes started as the SZBH leadership tried to circumvent legal and transparent tender procedures to bring in several international companies with dubious references as key strategic partners for the development of power sector. This move was blocked by the SDA, while the SZBH in return blocked privatization of the BH Telecom, which was planned to take place in 2008.

Meanwhile, the other Bosnian entity, Republika Srpska, has proceeded with its aggressive privatization policy, earning almost 1 billion Euros in privatization proceeds over the past two years. Yet some experts and non-governmental organizations warn that some of these projects have also been carried out in non-transparent way, opening space for corruption and fraud.

Shaken by poor election results in October local ballot, SZBH finally gave up its demands, allowing the federal government to draft a new approach to those privatization deals and development projects, which was finally announced on Thursday.

However, experts and analysts warn that the trouble is not over for the federation and that the real work is just starting as the government and privatization agencies face almost “mission impossible” to decide on privatization methods and then prepare and finalize privatization procedures for all those companies.

This process will be even more difficult in the light of the fact that some politicians now believe that the privatization of these companies should be only a solution of last resort in case of serious social hardship, since the global financial and economic crisis has already significantly reduced interest and prices for such companies. Possible compromise could be the privatization of only a smaller portion of some of those companies.

Because of political deadlocks and delays, Bosnia has already lost billions of Euros, which it could have received has it privatized its most valuable companies in 2007 or early 2008, experts say.