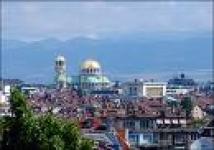 Bulgaria’s economy grew by six per cent in 2008 to 66.1 billion leva, the country’s National Statistics Institute, NSI, said in a flash estimate, but the growth rate shrank drastically in the last quarter of the year.

Fourth-quarter gross domestic product, GDP, growth was 3.6 per cent, according to the NSI estimate, but the figure could rise because of the conservative approach used by the statistics board in making the estimate. NSI says that flash estimates, which it launched earlier in 2008, are still an experimental practice and should not be interpreted as official preliminary data concerning the level and growth rate of the Bulgarian economy.

Even so, the final fourth-quarter data will fall short of the seven per cent growth rate that the Bulgarian economy recorded in the first nine months of the year. With the impact of recession in bigger markets finally making an impact on Bulgaria, the Cabinet looks likely to miss its 6.4 per cent economic growth target.

In 2007, when the Government target was the same, Bulgaria’s economy grew by 6.2 per cent.

NSI’s available data showed the agriculture sector grew by 20.6 per cent in the fourth quarter, boosted by the bumper harvest that followed the drought- and flood-ravaged one in 2007. However, agriculture only accounts for 3.7 per cent of GDP. Industry, which forms a quarter of the GDP, shrank by 0.1 per cent.

The services sector, which makes up the bulk of the Bulgarian economy, grew by 3.2 per cent.

NSI will release preliminary data for fourth-quarter and full-year economic growth on March 11.