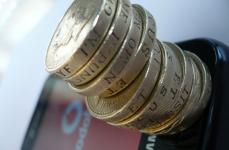 Although thousands of Serbian companies owe billions of dinars in taxes to the state and some of them have had their bank accounts blocked for many months, authorities in Belgrade are reluctant to launch bankrupcy proceedings since that would end up costing more for the budget, a senior tax official said.

“Our aim is not to ‘drown’ the tax payers to ensure the payment to the state,” Zoran Vasic, Serbia’s taxes administration assistant director, told Politika daily.

“Only a successful entrepreneur whose business is active can pay taxes. The tax administration is doing its best to get the taxes and contributions paid through regular procedures. The bankruptcy is the last on the list of tools.”

Last week, central bank governor Radovan Jelasic said 58,069 firms had blocked bank accounts in February, and some 37,000 of them had their accounts frozen for more than a year, for a total debt of 218 billion dinars (2.3 billion euro). In 97 percent of cases, he said, the accounts have been blocked by the tax administration.

To launch a procedure for bankruptcy, it was necessary to give an advance payment for the costs, depending on the value of the company and the debt. Vasic said the tax department usually did not have that money.

From the funds of a company, after all debts, salaries and pension fund and health insurance contributions of employees, the state and the tax administration are the last on the list to be paid. Usually, there is nothing left, and we had lot of costs, Vasic says. “So it’s better not to do anything. It’s cheaper.”