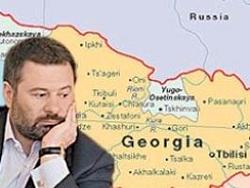 TBILISI, March 6 – Erosi Kitsmarishvili, ex-Ambassador of Georgia to Russia, believes time has come for the beginning of a dialogue on the settlement of relations between the two countries. He spoke about it in an interview with Itar-Tass on Friday.

“I think both Tbilisi and Moscow realise perfectly well that it is necessary to bring to normal the relations between the two countries, with due account for the interests of Georgia and Russia. With this in view it is necessary to start a dialogue on the bilateral and multilateral levels,” he said.

In his opinion, “at the present stage the Georgian and Russian authorities may find it difficult to establish direct contacts for a number of reasons. We must not waste time, however.

This is why we should start a dialogue on the level of well-respected experts, representatives of the public and former diplomats, and we should look for ways of bringing the relations between the two countries back to normal … As far as Georgia is concerned, it could be started on the basis of a sort of consensus between the authorities and the opposition.”

“In the situation, when the process of the normalisation of relations is going on between the United States and Russia, between NATO and Russia, it is impermissible to procrastinate a pause in relations between Georgia and Russia … The tactics and the strategy in relations with Russia should be worked out in Georgia,” Kitsmarishvili said.

“The ‘2020’ non-governmental organisation, of which I am the leader, as well as some other Georgian organisations, are handling the problem. These efforts should be accumulated, and a council for the settlement of relations with Russia should be created.”