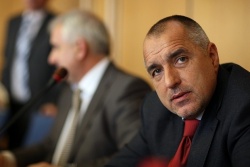 Sofia has been scolded numerous times by the European Commission for their practices of issuing citizenships to Macedonians, Serbians, Albanians, Turks, Moldovans simply because they stated they were “Bulgarians” in order to obtain a document that will let them travel visa free in the EU.

“The Bulgarian Government is heavily involved in Kosovo and Albania, and go as far as to send Sofia officials in remote areas where offices are being opened. They are giving passports like halva. The last office was opened in Recane,” says Ismal Bojda, representative of the Macedonian Gorans in Kosovo.

The Bulgarian Government has been very active in creating various questionable material, make documentaries titled “Golo Brdo – the unknown Bulgarians” from Veselka Tonceva. Later this month, in Vienna, on March 30th the signing of a new book titled “Our people in Kosovo and Albania” by Tanja Mangalakova is also scheduled.

In Mangalakova’s book, she states that the Bulgarian Government has concluded that the ‘Bulgarians’ in Kosovo and Albania have major identity crisis because they claimed they are Macedonians or Bosniaks, and not Bulgarians.

“I personally believe after going into dozen villages in Kosovo and Albania that this region is Bulgarian and the people who live there can not be anything else but Bulgarian because of their mentality, customs, dialect” says Mangalakova.

Kosovo’s representative of the Gorans doesn’t quite share Mangalakova’s opinions: “In Bulgaria they have everything, except for Bulgarians, so all of a sudden their Government is on a quest to look for Bulgarians, outside their border, instead of inside. You know, their Government may as well be looking for Bulgarians in Sicily and Corsica. We are all Macedonians here in Gora, in Western Macedonia, Eastern Albania” says Ismail Bojda.

Macedonian diplomats on the other hand acknowledge they are aware of the Bulgarian offensive in the region, however are not planning to prevent Sofia. As one anonymous Macedonian diplomat pointed out: “Sofia is free to visit whomever they like”

The interest for Bulgarian passports by Macedonians has significantly died down. According to the Bulgarian Embassy in Skopje, for the past six months, they received only 20 applications for citizenship.