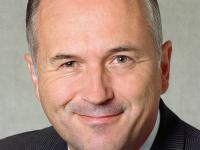 Politicians in Bosnia’s Serb-dominated entity of Republika Srpska have started a new war with the top western envoy in the country, refusing his calls to stop challenging the country’s constitution.

Despite stark warnings from the head of Bosnia’s Office of the High Representative, OHR, Valentin Inzko, Bosnian Serb parties have refused to withdraw their recent decision to challenge all competencies which were over the past years transferred to the state level.

Following his highly critical report to the UN Security Council late last week, Inzko has sent a letter to the Bosnian Serb leadership giving them until June 11 to reverse their decision or face consequences, local media and the OHR confirmed over the weekend.

“I know what to do with Bonn [governing] powers,” Inzko warned in an interview with local media, referring to the High Representative’s sweeping powers to make decisions and hire and fire elected officials.

The row erupted on May 14 when the Assembly of Republika Srpska adopted a set of highly disputed conclusions, including a decision to reassess and reclaim a number of competencies which have been in the past years transferred from entity to state level by order of the High Representative.

This set of conclusions was seen as the climax of the Bosnian Serbs’ months-long policy of hostility towards further administrative reforms. It was also seen as a blatant challenge to the OHR, as well as to renewed US and EU efforts in Bosnia.

Bosnian Serb attempts to challenge the transfer of competencies from entity to state were also a part of a highly critical report submitted last Thursday by Inzko at the UN Security Council in New York.

“Notwithstanding the positive achievements that have been made, divisive rhetoric and official resolutions challenging the sovereignty, constitutional order and territorial integrity of Bosnia and Herzegovina all continued during the reporting period, principally on the part of Republika Srpska,” Inzko said in his report.

Inzko stressed that this was happening “at a time when the State Investigation and Protection Agency [SIPA] has submitted a preliminary report to the State Prosecutor on possible financial wrong-doings by the entity Prime Minister.”

Even usually pro-Serbian Russia this time around avoided openly standing by the Bosnian Serb leadership.

But while Bosnian Serb leaders appeared to be more muted and conciliatory in their statements, they refused the western request.

“There are questions which we have to jointly resolve and we have to put an end to these exchanges about who owns what and how,” Republika Srpska Prime Minister Milorad Dodik told media over the weekend.

“There are no adventurists in Republika Srpska who would engage in activities that would lead to instabilities,” Dodik added, indicating that the disputed Republika Srpska Assembly’s resolution represented merely a political platform rather than an indication of some future unilateral action.

He also complained about the tone of Inzko’s letter, saying it indicated a return to the OHR’s past policies of impositions and sanctions.

Yet Inzko was resolute. In his letter, he demanded that the Republika Srpska Assembly annul its May 14 resolution before June 11. After that date, Inzko said he would “decide about his next actions.”

The exchanges between the Bosnian Serb leadership and Inzko over the weekend indicate that the honeymoon is over for Bosnia’s new High Representative, who is, after only two months of his new mandate, approaching the first real showdown with Dodik.

A similar showdown ended poorly for the previous High Representative, Miroslav Lajcak, after Dodik saw through his bluff. Learning from Lajcak’s mistakes, Inzko has from the very beginning of his mandate worked to build strong international support for his actions – support that could, however, be seriously challenged if Dodik refuses to back down.