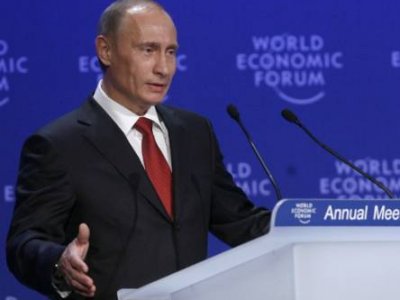 Russia will seek guidance from the World Trade Organisation on how to proceed with accession talks with two former Soviet republics, Moscow’s chief negotiator said on Thursday.

Prime Minister Vladimir Putin said this week that Russia was dropping its 16-year bid to unilaterally join the WTO and would only join in partnership with Belarus and Kazakhstan.

“We would like to get a feeling from the WTO members on how the three countries as customs union members may continue their negotiations, not from scratch but from the point where we had stopped,” Russian negotiator Maxim Medvedkov told Reuters.

“What the new scheme will be, I do not know and I think no-one knows that because this is a new situation for the WTO,” he said. “The forecast we made that Russia may become a member before the end of this year should be reviewed,” he said.

The bid by the three ex-Soviet countries to join the WTO as a customs union does not have precedents in the WTO history. Stefan Johannesson, who chairs the WTO’s key working group on Russia’s bid, said it may delay accession.

“I will not give any new forecasts but it is clear that it (new accession talks) will take more than one or two months,” Medvedkov said.

‘TOO MANY JACKS IN THE BOX’

Medvedkov said Russia had opted for the union because heads of governments of the three countries settled their differences at a meeting in Moscow this week thus giving a fresh impetus to union talks underway since 1997.

“What happened could happen at any moment and our partners were aware of it,” Medvedkov said. “If you compare it to a car race, the WTO negotiation process was too slow and the union talks at some point took over.”

Russia’s decision to drop the unilateral bid came only days after EU Trade Commissioner Catherine Ashton said she had agreed with Russian Economy Minister Elvira Nabiullina that Moscow’s WTO accession should be completed by year-end.

Medvedkov said promises given by the European Union and the United States in recent weeks were “very constructive” but added that the customs union was “a reality we can control.”

“Meanwhile there are simply too many jacks in the box in the WTO negotiations,” Medvedkov said.

He said that eventual membership of the three countries — with 170 million consumers and a territory equal to one sixth of the WTO zone — “will be a plus” for the organisation, especially in light of the Doha round difficulties.

Medvedkov said he did not expect the new talks to be more difficult since Russia, the most attractive market of the three, was already near the end of the negotiation process, provided there was a good will from negotiation partners.

“If we could simply transfer the agreements we had already reached, which we need to discuss with our partners. On many issues it (the transfer) can happen without any damage to the net position,” Medvedkov said.