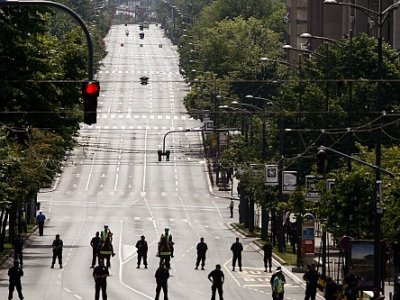 Serbia will invest 3.8 million euros in clearing unexploded bombs and ammunition dating from the 1999 NATO bombing from rivers in Belgrade, a government official said on Thursday.

The project to remove unexploded ordnance from the Sava and the Danube will be jointly funded by the European Commission and Serbian government, said Aleksandar Cvetanovic, a state secretary with the Infrastructure Ministry.

Under the terms of the project announced in Belgrade, the European Commission will allocate 1.8 million euros, while Serbian government will secure the remainder.

“The aim will be to locate unexploded ordnance from the 1999 NATO bombing, but also ammunitions that remained since WWII and WWI” he said. This would make the rivers safer for navigation, Cvetanovic said.

NATO conducted a 78-day bombing campaign in 1999 to oust Serb troops from the then province of Kosovo, targeting bridges on the Sava and Danube as well as industrial facilities along the two rivers.

Dozens of aviation bombs and artillery shells are still strewn along the banks and in the river beds of Sava and Danube. Apart from the NATO ordnance, some bombs go as far back as the 1914 fighting between Serbian and the then Austro-Hungarian armies.

In the coming months the government will invite bids from companies to carry out the cleanup operations, Cvetanovic said.