Ukraine: Russia Hostage To Its Imperial Past 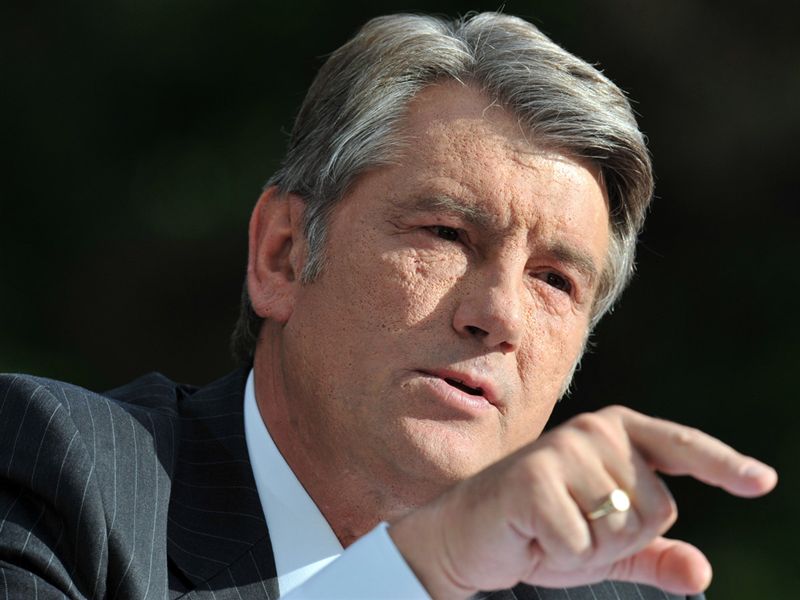 Russian leaders are stuck in their imperial past and seem to relish bullying and threatening their neighbors, a senior Ukrainian official has said, responding to a tirade from Moscow the previous day.

Relations between Russian and former Soviet republic Ukraine have deteriorated steadily since Kyiv’s Orange Revolution brought pro-Western President Viktor Yushchenko to power in 2004. Russia has twice cut off gas supplies through Ukraine to Europe amid disputes over payments and contracts.

Kremlin leader Dmitry Medvedev lashed out on August 11 at Yushchenko for “anti-Russian” policies and said he wanted to see a leader in Ukraine who was easier for Moscow to deal with. Analysts saw his comments as an attempt to influence Ukraine’s presidential election, due next January.

Yushchenko, who is seeking but unlikely to win re-election, has yet to comment on Medvedev’s outburst but his chief of staff Vera Ulyanchenko posted a reply on their party’s website.

“The young leadership of Russia is turning into a hostage of old imperial complexes, which constantly needs to cherish the idea of a foreign enemy and substitute equal dialogue with all neighboring states with a language of threats and insults,” she said.

Russia’s brief war last August with Georgia, which shocked the West and drew sharp criticism, was the result of a “policy of provocation and pressure that led to the death of many innocent people,” she added.

“There is no doubt, that the policy of provocation is not in the interest of the Russian nation, whose long and painful history should teach new and young Russian leaders to make the right conclusions — not imperial, but practical,” she said.

The war of words follow Kyiv’s expulsion of a Russian diplomat last month, mutual accusations over Russia’s Black Sea Fleet naval base in the Crimean peninsula, and the visit to Kyiv of U.S. Vice President Joe Biden.

Biden lent his support to Yushchenko’s bid for Ukrainian membership of NATO, a move Russia sees as a threat to its security. Moscow is also unhappy at Yushchenko’s insistence that the Black Sea Fleet vacate its base by 2017.

But with public support of just 4 percent, Yushchenko has little chance of winning re-election in a vote on Jan. 17. The key contenders, Prime Minister Yulia Tymoshenko and opposition leader Viktor Yanukovych, are both seen as more likely to seek better relations with the Kremlin.

Yanukovych, the Moscow-backed presidential candidate who lost out in the Orange Revolution, now leads the opinion polls and is followed by Tymoshenko.

Kremlin deputy chief of staff Alexei Gromov dismissed Ulyanchenko’s remarks, telling Russian news agencies that “this text…on behalf of quite an unrepresentative [with just a 3 percent rating] party does not need any comment.”

Far from being an attack on the Ukrainian people, Medvedev’s message was a “cool and well-considered” assessment of Yushchenko’s anti-Russian policies, Gromov added, according to Interfax.

“The way our Russian president, our country are treating the Ukrainian people, the Ukrainian state, has been exceptionally respectful, warm and fraternal,” the Kremlin official said.