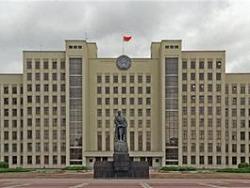 Belarussian parliamentarians will visit Georgia, Abkhazia and South Ossetia to study the socio-political and economic situation there, head of the commission on international affairs and ties with the CIS of the lower chamber of parliament Sergei Maskevich told journalists on Thursday.

As he said, a meeting of the commission with the participation of members of the Council of the Republic (the upper chamber of the Belarussian parliament), as well as the first deputy foreign minister of the country was held on Wednesday. The meeting adopted a decision on expediency of creating a working group “with the aim to get and sum up additional information, as well as work out recommendations which will help consider the issue regarding the appeal of parliamentarians of Abkhazia and South Ossetia on the recognition of these states’ independence.”

According to Maskevich, Belarussian parliamentarians will be sent to Georgia, Abkhazia and South Ossetia to meet with representatives of the executive and legislative power.