Sarkozy taken in French police custody over 2007 financing from Libya 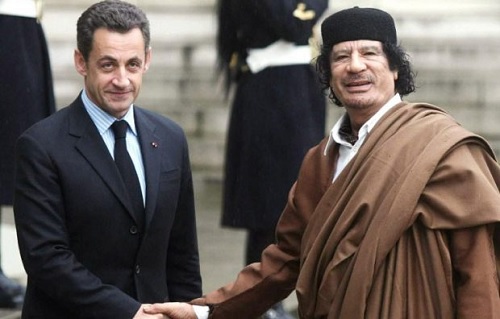 Former French president Nicolas Sarkozy was taken into police custody on Tuesday for questioning over suspected Libyan financing of his 2007 election campaign, a source close to the inquiry said.
Sarkozy, 63, had until now refused to respond to a summons for questioning in the case, which drew heightened scrutiny last November when a businessman admitted delivering three cash-stuffed suitcases from the Libyan leader as contributions towards the French leader’s first presidential bid.
Sarkozy’s detention was first reported by the Mediapart investigative news site and French daily Le Monde and comes several weeks after a former associate, Alexandre Djouhri, was arrested in London and later released on bail.
Djouhri was returned to pre-trial detention in February after France issued a second warrant for his arrest, ahead of a hearing scheduled for March 28.