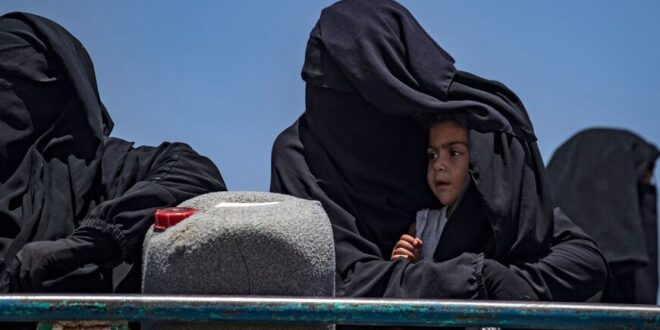 The Islamic State’s religious police are back at work in the areas under the control of the Syrian Democratic Forces in northeast Syria.

The Islamic State’s religious police — known as Hesba — has made a comeback in the areas under the control of the Syrian Democratic Forces in northeast Syria, spreading fear among the residents. The Hesba’s emergence comes as the SDF is preoccupied with events in Manbij in the eastern countryside of Aleppo and in the countryside of Hasakah.

In early June, the Hesba called on all residents of the eastern countryside of Deir ez-Zor not to engage with the SDF and the US-led international coalition and to resign from the local councils of the Kurdish-led Autonomous Administration of North and East Syria, threatening to kill anyone who violates their instructions.

Hesba members stopped a taxi carrying women to work on farmland in the countryside of Deir ez-Zor and demanded they not wear makeup. They also called on all public transportation operators not to transport women who do not abide by a Sharia-compliant dress code. They threatened to burn the vehicles of violators or give them heavy fines.

The forces also urged, through local intermediaries, all traders and farmers to pay the zakat (Islamic charity) to IS to avoid “severe” penalties.

Orabi Abdel-Hay Orabi, a Syrian journalist specializing in Islamic and jihadist groups and residing in Turkey, told Al-Monitor, “IS has restructured its cells since mid-2019. The cells revived the Hesba apparatus in an attempt to revive the civil branch of IS. The terrorist group sought to transition from security and military operations to imposing its laws on civilians. [The Hesba] has killed a person who claimed to practice sorcery, burned a liquor store, confiscated large quantities of tobacco to prevent their sale and done many other things. This shows that IS aspires to expand its influence among civilians in order to control a larger area in the future. The Hesba’s behavior confirms that IS still upholds its own beliefs and ideology, which it has not revised and will not give up.”

Orabi continued, “IS needs to finance itself to purchase weapons and ammunition and pay its fighters, in order to be able to continue its activities on the ground and to bring in the families of its fighters who reside outside its areas. This is why it imposes zakat on civilians in the area. It is trying to exploit the state of turmoil that the SDF is experiencing to impose itself and its laws on civilians, to spread terror among its opponents and to expand its military operations and launch more attacks against the SDF. This indicates that it is closely monitoring the developments taking place in the Syrian arena and seizing any opportunity to expand.”

Ahed Slebi, a journalist for the Naher Media Network who covers Deir ez-Zor, told Al-Monitor, “We receive news from our sources and correspondents, and we are currently monitoring the return of the Hesba and its movements in areas controlled by the SDF. Hesba members are threatening restaurant and cafe owners for playing live and recorded music. They are prosecuting whoever violates their religious teachings and Islamic legislation. They subject those that they arrest to collective repentance sessions to plant radical ideas in the minds of the residents in an effort to consecrate their ideas among them and help themselves survive. Meanwhile, the SDF is not showing seriousness in its fight against IS cells, as the Hesba members freely patrol areas of SDF control without the latter taking any action, as if there were coordination between the two parties. This would work in the interests of SDF, because it is aware that its role will end when IS is eliminated in the region.”

IS’ military operations have increased during the past few months. IS has targeted workers in the local councils and bodies affiliated with the Autonomous Administration. It also launched military operations against the SDF’s military bases and checkpoints in the area, killing and injuring them and destroying a number of SDF cars and military vehicles with explosive devices.

Fadel Abdul Ghany, the founder and chairman of the Syrian Network for Human Rights, told Al-Monitor that recently, IS has been deliberately targeting workers in the local councils affiliated with the SDF and refraining from killing civilians. “IS is exploiting the popular anger against the SDF in light of the latter’s weak services. It is trying to get residents to compare these services to the services it provided when it controlled the area,” he said.

He added that his group has “documented the killing of nine workers of the Autonomous Administration at the hands of IS since the beginning of this year. IS is also trying to avenge civilians by targeting the SDF’s military services in an attempt to win over the civilians.”