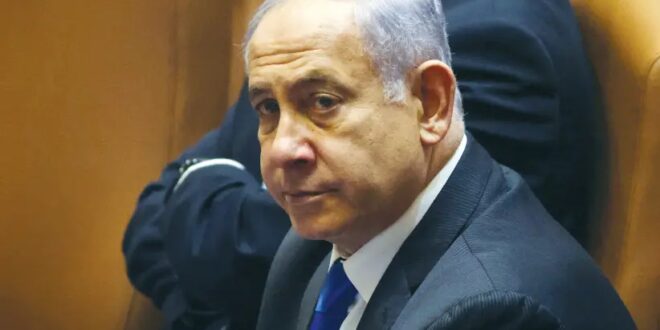 Did Netanyahu sabotage ties with the US?

Former prime minister Benjamin Netanyahu denied charges that he was deliberately trying to harm Israel’s relationship with the Biden administration.

Opposition leader Benjamin Netanyahu was acting “childishly and irresponsible” by attempting to harm ties between the new Israeli government and the Biden administration, Prime Minister Naftali Bennett said in a closed-door meeting of his Yamina faction.

Foreign Minister and Alternate Prime Minister Yair Lapid accused Netanyahu’s office of leaking to the conservative website the Washington Free Beacon an incorrect story that the Biden administration would rescind former US president Donald Trump’s recognition of Israeli sovereignty over the Golan Heights.

“The new opposition is acting like the opposition to the State of Israel by circulating malicious rumors,” Lapid said during the Yesh Atid weekly faction meeting.

Netanyahu denied the charges and laughed about the accusations in a meeting with opposition heads in the Knesset.
“This is ridiculous and totally made up,” he said. “It is just as ridiculous as the reports that we would try to overthrow the government and storm the Knesset.”

Reacting to a report in Israel Hayom that Ra’am (United Arab List) head Mansour Abbas said negotiations with the Palestinians were on the way, Netanyahu said: “Bennett sold out the country to Mansour Abbas and will now sell it out to [Palestinian Authority President] Mahmoud Abbas.”

Netanyahu also criticized Bennett for saying Israel is running out of vaccines.

“I don’t know why he is saying there’s a problem,” he said. “I got us tens of millions of vaccines. The new government should act like I did to get them. We, of course, will help if requested.”

Asked by a reporter when he would leave the Prime Minister’s Residence in Jerusalem’s Rehavia neighborhood, Netanyahu said: “I will leave Balfour by the agreed date [July 10] and live in Caesarea.”

Post Views: 210
Previous With a New Chief, the WTO Aims for a Return to Relevance
Next 4 killed in US airstrikes on Iran-backed militias in Iraq, Syria