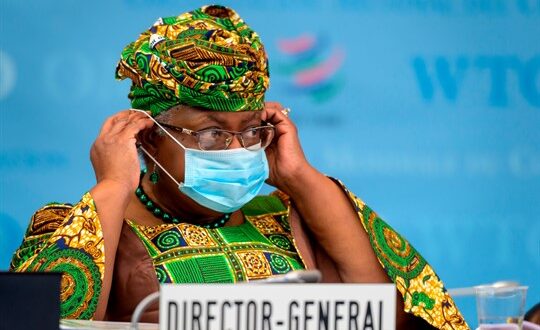 With a New Chief, the WTO Aims for a Return to Relevance

The World Trade Organization made history last month when its members chose Ngozi Okonjo-Iweala as director-general, the first woman and first African to hold that position.

A former Nigerian finance minister and senior World Bank official, Okonjo-Iweala enjoyed near-unanimous support, but her candidacy had been stalled by opposition from the Trump administration. One of President Joe Biden’s early actions after taking office in January, however, was to reverse Donald Trump’s veto and join the consensus behind her appointment.

That, along with Biden’s overall preference for multilateral cooperation over unilateralism, opens space for the WTO to get out of the cul de sac that Trump had pushed it into.

For her part, Okonjo-Iweala has signaled a willingness to break the mold. “It cannot be business as usual,” she declared on her first day in office last week. “We have to change our approach from debate and rounds of questions to delivering results.” But big challenges remain for the WTO, and the road to renewed relevance will not be smooth.

Post Views: 267
Previous China’s Boycotts of Western Brands Aren’t Very Effective
Next Did Netanyahu sabotage ties with the US?