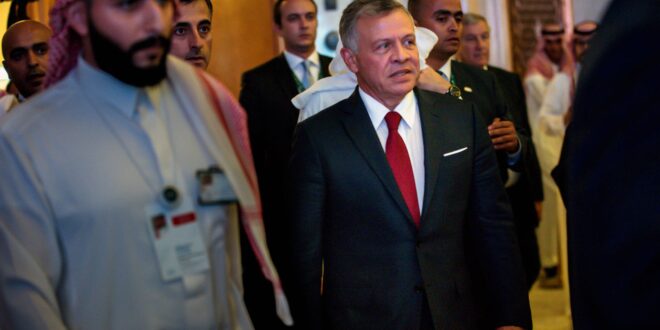 Jordan’s efforts to improve ties with the U.S. and Israel will be tested by the ever-turbulent waters of the Israeli-Palestinian conflict.

On Monday, King Abdullah of Jordan will become the first Arab head of state to be welcomed by President Biden to the White House. The optics and opportunity are no doubt welcomed by the king, coming at a challenging time for his country domestically and regionally. The White House visit follows on the heels of reports of a secret meeting between Abdullah and Israel’s new prime minister, Naftali Bennet, and the announcement of new Israeli-Jordanian water and trade agreements. The message is clear: Jordan is back as a central player and valued ally for the United States and Israel. But beyond the handshakes, the prospect of smooth sailing toward improved relations will be tested by the ever-turbulent waters of the Israeli-Palestinian conflict.

Jordan’s Stake in the Conflict

Beyond the Israelis and Palestinians, Jordan is arguably the stakeholder with the most to gain from eventual resolution of the conflict, and the most to lose from its deterioration. More than half of the country’s population is of Palestinian origin, including a sizeable refugee population — a legacy of the 1948 and 1967 wars with Israel. Already resource- and infrastructure-strained, further destabilization in the West Bank could force an influx of additional Palestinian refugees that would have severe implications for the country’s stability. This concern also comes against a backdrop of a never-extinct — but recently reinvigorated — argument by some right-wing voices in Israel that “Jordan is Palestine,” and where the ultimate solution to a Palestinian state lies.

It is in this context that Jordan vociferously pushed back on the specter of annexation raised by former Prime Minister Netanyahu and the Trump administration’s Israeli-Palestinian peace plan in 2020. Given the demographics, sympathies for the Palestinian cause run deep among the Jordanian population, with meaningful domestic policy implications for how the government handles its pursuit of Palestinian interests. Recent demonstrations against Israel during the war with Gaza and the contemporaneous calls by Jordan’s parliament to expel Israel’s ambassador underscore this reality; however, the phenomenon is not a new one. In 2020, protesters took to the streets and Jordan’s parliament voted unanimously to pass a law banning Israeli gas imports into the country that had started under the terms of a 2016 deal. While a court later ruled the deal could continue, the depth of anti-normalization sentiment toward Israel among Jordanians runs deep.

Jordan’s stake in the outcome of this conflict is deeply intertwined with its relationship to the core issue of Jerusalem. As enshrined in the country’s 1994 peace treaty with Israel, Jordan has held a longstanding special role as custodian of the Muslim and Christian holy sites in East Jerusalem, and the Hashemite dynasty, to which King Abdullah belongs, has derived significant legitimacy for almost a century for its recognized custodianship of Al-Aqsa Mosque under these terms. Jordan is wary of ongoing challenges by Israel to the related “status quo” arrangement that governs how Israel and Jordan manage arrangements on the Holy Esplanade.

The arrangement has been at the heart of efforts to keep the peace at this most combustible of shared holy sites. The fragility and significance of these dynamics were no clearer than this past May: Against a backdrop of ongoing and escalating tensions in Jerusalem, including pending evictions of Palestinian families, Israeli police raided the Al-Aqsa compound, provoking an angry reaction from King Abdullah who accused Israel of “barbaric attacks” on Muslim worshippers.
Moving Forward: Challenges and Opportunities

Since a fragile cease-fire took hold in the related fighting that ensued between Israel and Hamas, a new government has assumed power in Israel. Both Israel and Jordan seem anxious to seize this leadership change as an opportunity to put the tensions of the Netanyahu years behind them and more robustly pursue the mutual promise of the 1994 peace treaty. But if one lesson jumps out from the May war, it is that the conflict in general — and Jerusalem in particular — will remain a flashpoint that diverts and absorbs the attention, agenda and resources of key stakeholders, including the United States and Jordan.

The Biden administration seems to have recognized this. It clearly seeks to balance an approach that resets the U.S. mediator role following the Trump administration’s strong and overt tilt toward Israeli positions, while not having the conflict dominate and consume its diplomatic and political agenda. It has sought to reengage the Palestinians, restoring aid and committing to reopening a consulate in Jerusalem. It has praised the Abraham Accords and other Arab-Israeli normalization agreements inked under its predecessor, while noting that these agreements are not a substitute for Israeli and Palestinian engagement.

For Jordan’s part, the king is keen to test the extent to which new leadership in the United States and Israel provides an opening to prioritize preserving the two-state solution. In advance of his trip to Washington, King Abdullah held a previously unannounced meeting with Palestinian Authority President Mahmoud Abbas in Amman, which focused on reviving a diplomatic process toward achieving two states. The king reportedly emphasized the need for international efforts to achieve a just and comprehensive two-state solution that “preserves the historical and legal status quo in Jerusalem.”

Coming in advance of the White House visit, this meeting suggests an effort by King Abdullah to center the issue on his agenda in Washington and reassert Jordan’s historic and preferred role as an indispensable interlocutor in the Israeli-Palestinian context and the region more broadly. Since Jordan inked a peace treaty with Israel in 1994, the United States has been the largest provider of assistance to Jordan, a major non-NATO ally since 1996. Washington has long relied on Jordan as a force for stability and moderation in the region, but its place had been eclipsed by Gulf states in recent years, particularly as the Trump administration reoriented in that direction.

King Abdullah will be knocking on an open door in Washington. For one, Biden and Abdullah have a longstanding relationship that predates the king’s ascension to the throne. Biden has also indicated that he would take a tougher stance on Saudi Arabia. According to a White House statement, the meeting provides an opportunity to “showcase Jordan’s leadership role in promoting peace and stability in the region.” When King Abdullah became the first Arab leader to speak with Biden after he won the election, the president-elect said he hoped to cooperate on “supporting a two-state solution.”

That both the United States and Israel seem to be simultaneously buttressing Jordan’s regional clout is undoubtedly a sign they share concern over the kingdom’s stability and seek to shore up the monarchy’s position. This will certainly be welcomed by the king following an alleged plot to overthrow Abdullah that some reporting suggests had indirect ties to the interests and actions of the Saudis and members of the previous U.S. and Israeli administrations. Israel shares its longest border with Jordan, and the kingdom’s ability to serve as a buffer against threats to the east, including Iran, is a key strategic interest. An unstable Jordan only damages U.S. and Israeli interests in the region, whether relations are strained or not.

Additionally, the new Israeli government has a strong interest in shoring up its relationship with the United States and the new administration following strains to the bipartisan support it historically enjoyed, and that occurred under the leadership of Netanyahu. Being forward-leaning on administration positions toward the conflict could help.

But important tests are imminent. Israel’s new coalition is inherently unstable, comprised of parties with strongly divergent views on many issues — chief among them, support for a two-state solution. On August 2, Israel’s Supreme Court will hold its previously postponed hearing on the pending evictions of Palestinian families in the East Jerusalem neighborhood of Sheikh Jarrah — one of the sparks that led to the war in May. A Supreme Court ruling that upholds the lower court decisions that the evictions can proceed could yield another violent flare up. For Jordan — whose foreign minister was quoted in May as referring to Palestinian evictions from their homes as a “war crime” — the outcome could well dictate the shelf-life of any recent glimmers of Jordanian-Israeli rapprochement, and the prospect of any constructive moves toward renewed Israeli-Palestinian diplomacy.

In the coming weeks, it will become clearer how both the United States and Israel will seek to address this challenge. Mantras of two-state support ring hollow in the face of developments on the ground that erode its possibility. In a statement that might raise concern for Abdullah, Israeli Foreign Minister Yair Lapid recently told European officials that he supports a two-state solution, but sees it as “currently unfeasible.” Yet, Lapid offered that he sees the need to “ensure that no steps are taken that will prevent the possibility of peace in the future” and the need to take humanitarian and economic measures to improve the lives of Palestinians. In this regard, save for his broadly-articulated support for two states, Lapid seems aligned with Prime Minister Bennett and his preferred approach of “shrinking the conflict.” This approach, if pursued, may provide some confidence-building and face-saving space in the near-term and in the absence of bold diplomatic action, which is a path that no party deems likely to yield fruit.

The Biden administration may seek to seize on the suggestion — encouraging Israel to pursue such measures in the immediate term, both as a means to further its own interests vis-a-vis the conflict, and as a related gesture to King Abdullah. The Palestinians may also be open to engaging on these terms, in keeping with reports of a list of demands they have drafted in anticipation of a potential push for renewed Israeli-Palestinian engagement.

Yet, absent a clear and plausible signal that such steps are en route to an eventual viable state, rather than a substitute “shrunken” destination, conflict de-escalation will be elusive. Renewed U.S. and Israeli conviction that Jordan’s stability and partnership are a key strategic interest — and Jordan’s corresponding vital security and economic interest in these strengthened alliances — suggest openings for constructive and creative diplomacy and cooperation. All three parties share an interest in this. Biden will no doubt seek to identify areas of common ground and purpose when he meets with Abdullah, and next month with Bennett. But the road to sustainably improved bilateral and trilateral relations faces a persistent pitfall: All three will fall short of their destination if the question of Palestinian rights and national aspirations don’t top their shared agenda.

Post Views: 307
Previous On the Road to Peace, Libya Makes Progress but Hits Pitfalls
Next Democracy in Afghanistan: Amid and Beyond Conflict