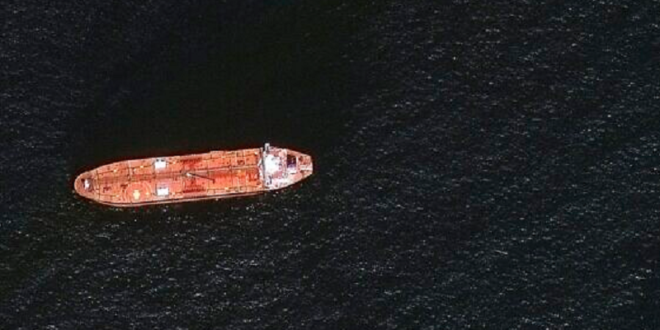 ‘It is not a new thing that the Zionist regime would design such conspiracies,’ claims Iranian spokesperson after foreign ministers say Tehran is threat to international peace

Iran on Saturday rejected “baseless” G7 allegations its drones were used in a deadly tanker attack, while accusing Israel of engaging in a conspiracy in a bid to undermine Tehran.

Tehran has strongly denied having any link to the July 29 attack on the MT Mercer Street, an oil products tanker managed by a firm owned by an Israeli billionaire, but has faced an increasing wave of accusations in recent days from Israel, the United States and Britain, as well as other countries.

A British security guard and a Romanian crew member were killed in the attack.

“We strongly condemn the baseless statement by the foreign ministers of the G7 and the European Union’s high representative for foreign affairs in which they have directed baseless accusations at the Islamic Republic of Iran,” foreign ministry spokesman Saeed Khatibzadeh said in a statement.

The tanker attack and the accusations against Iran were a manufactured “scenario” with a “notable” timing, he said, as they came before Iran’s new President Ebrahim Raisi took the oath of office.

“For experts and those who know the history of this region, it is not a new thing that the Zionist regime would design such conspiracies,” Khatibzadeh said.

In their Friday statement, the G7 countries said “Iran’s behavior, alongside its support to proxy forces and non-state armed actors, threatens international peace and security.”

“We call on Iran to stop all activities inconsistent with relevant UN Security Council resolutions, and call on all parties to play a constructive role in fostering regional stability and peace,” they said.

The ministers called for vessels in the region to be able to “navigate freely in accordance with international law.”

“We will continue to do our utmost to protect all shipping, upon which the global economy depends, so that it is able to operate freely and without being threatened by irresponsible and violent acts,” they added.

Foreign Minister Yair Lapid praised the “important statement from the G7,” tweeting that “Iran was behind the attack on Mercer Street, just as it’s been behind multiple terror attacks across the world.

“Iran isn’t just an Israeli problem, it’s a global problem. It’s time for the world to hold the Iranian regime to account,” the foreign minister said.

Also on Friday, Defense Minister Benny Gantz spoke on the phone with his US counterpart Lloyd Austin, thanking the Biden administration for its “leadership in the actions taken so far, including the rapid investigation and public condemnation of Iranian aggression,” according to the Israeli readout.

The Axios news site reported that US pressure led to the publishing of the G7 statement, after Japan held out on signing on for several days.

In addition to being managed by an Israeli firm, the Mercer Street was owned by a Japanese company, and Tokyo feared that joining the G7 statement would lead to retaliation from Iran, with whom it holds extensive economic ties, Axios said.

It took several days of US consultations with their Japanese counterparts, including a call between US Secretary of State Antony Blinken and Japan Foreign Minister Toshimitsu Motegi until Tokyo agreed to fall in line.

Also in Friday’s phone call between Gantz and Austin, the former minister said “that additional action must be taken in order to thwart Iranian malign activities, including its nuclear program and attacks in the region and in particular its use of UAVs and missiles.”

The defense minister highlighted the recent inauguration of Raisi, saying that it “points to the even more extremist and fundamentalist direction that Iran is taking.”

Citing the results of a probe, the US Central Command said on Friday that remnants from one of three explosives-laden drones that targeted the MT Mercer Street indicated it was produced in Iran.

The findings were shared with UK and Israeli explosive experts and “both partners concurred with the US findings,” the CENTCOM report said.

However, while the report concluded that the drone was made in Iran, it did not specify that Iran was the party controlling it when it crashed into the Mercer Street.

“The Americans say they have found parts of Iran’s drones in the water, and this is their evidence. But what laboratory has determined [the drones] belong to Iran?,” military spokesman Brigadier General Abolfazl Shekarchi was quoted by IRNA news agency as saying.

“This is the Americans’ method, to weave stories and use it to accuse Iran… this is the method they have chosen to pressure Iran,” he added.