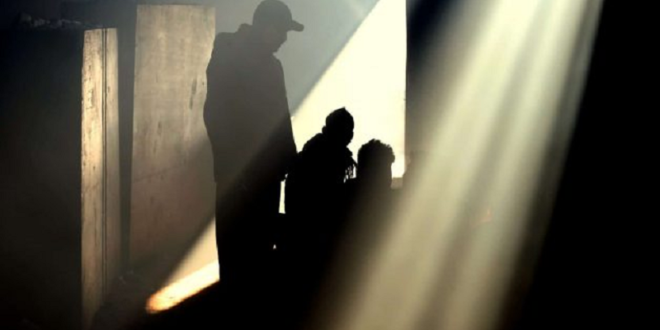 Courts Chip Away at Migrant ‘Pushback’ Practices in EU

Local courts in several EU countries, including Austria, Italy, and Slovenia, have ruled in favour of refugees and migrants who were pushed back over the bloc’s external borders, but can they stop the practice altogether?

It was raining. Ayoub and his six companions were soaked through and shivering in the late September cold on the border between Slovenia and Austria. “Asylum, Asylum,” they said repeatedly to the Austrian police who had stopped them.

Ayoub, from Morocco, kept repeating “asylum” in English and French. But none of them had ID papers and the police officers decided to send them back to Slovenia, which sent them back to Croatia, which escorted them back to the border with Bosnia and Herzegovina, the external border of the European Union.

It’s a familiar story from NGO and media reports covering the plight of refugees and migrants trying to reach Western Europe from Asia, the Middle East and Africa. But this particular one comes not from an article in a newspaper but a court verdict, issued on July 1 in Styria, southeast Austria, and upholding a complaint filed by Ayoub.

Such verdicts, of which the Styria court’s is only the latest, are fuelling hope among human rights organisations and activists that something can be done to stop the practice of unlawful “pushbacks”, not just by Croatia on the EU’s rim, but between EU neighbours like Austria and Slovenia too.

“I think this is one step in many others to make the police aware that they are watched by different people, by activists’ groups, but also by the court,” said Klaudia Wieser of the initiative Push Back Alarm Austria, which assisted Ayoub in his case.

The right of asylum is guaranteed by the Universal Declaration of Human Rights and the EU Charter of Fundamental Rights, but proving a violation of that right in court is not straight-forward.

“It is incredibly hard for the victims to seek justice in these cases because they are not on the territory of the country that they are suing, access to lawyers is hard,” said Iza Thaler, a lawyer and member of the InfoKolpa initiative that assists refugees and migrants in Slovenia.

Victims of ‘pushbacks’ are often in an “incredibly precarious situation” when it comes to proving what happened after a period of great stress, physical strain and dealing with authorities in a language they are unlikely to understand.

Of the seven men apprehended in late September on the Slovene-Austrian border, only Ayoub took the case to court, while two others testified. But he did so from Bosnia, where migrants and refugees live in limbo, often in squalid, overcrowded camps.

Wieser recalled making several video interviews with him through interpreters, while trying to establish a “trusting environment”. The video was shown in court and verified by the official court interpreter.

“This turned the tables,” Wieser told BIRN. “I think for the judge, seeing Ayoub online and seeing how he carefully recounted this pushback, it really made a change.”

Despite the verdict, however, Ayoub was not granted the right to enter Austria.

“At the moment, I am trying to sort out my life and move forward,” he was quoted as saying in a press release issued by Push Back Alarm Austria following the ruling.

Slovenia and Croatia were implicated in another important verdict in January, this time issued by the Court of Rome, and which accepted an urgent appeal filed by a Pakistani man who complained he had been illegally sent back from Italy to Slovenia, then to Croatia and Bosnia.

The man said he had fled persecution in Pakistan on the basis of sexuality, but was summarily ‘pushed back’ from Italy just a few hours after entering the country in mid-July last year.

Italian authorities have appealed and the man has been readmitted on a humanitarian visa with the assistance of the Association for Legal Studies on Immigration, ASGI, Caterina Bove, a lawyer with ASGI and for the Pakistani man in question, told BIRN. ASGI is helping him apply for asylum through the regular procedures.

There was a similar case in Slovenia too, when the Administrative Court in Ljubljana ruled in July 2020 in favour of a Cameroonian asylum seeker who was held by Slovenian police for two days, denied the right to seek asylum and sent back to Croatia, which returned him to Bosnia. The court ruled that the ‘pushback’ violated the EU Charter of Fundamental Rights.

Outside the EU, Serbia’s Constitutional Court ruled earlier this year that 17 migrants had been illegally expelled and dumped on the country’s eastern border with Bulgaria in 2017. The European Court of Human Rights is also considering a complaint filed by eight individuals who illegally expelled from North Macedonia to Greece in 2016.

Thaler said that countries such as Italy, Austria and Slovenia are carrying out ‘pushbacks’ based on bilateral agreements providing for fast and informal readmissions. Some of them date to the 1990s and were created for a very different purpose.

“The aim of these readmission agreements was to kind of simplify the procedure,” Thaler told BIRN. “If I, for example, as a Slovenian national cross the border somewhere near Croatia and go there without my documents, Croatian police [can] just return me in a few minutes and not have to produce this whole big procedure through the embassies, ministries and so on.”

In Italy, Bove of ASGI said that the Court of Rome had accepted that such an agreement signed by Italy and Slovenia in 1996 “is not a legal basis for these readmissions”.

“Readmission must be ordered by means of a well-supported administrative provision, notified to the person concerned and appealable before the judicial authority,” the court said, adding that “informal readmission can never be applied to an asylum applicant.”

According to Thaler, in practice if Italian police catch a group of migrants, they can call their Slovenian counterparts and meet at the border.

“The Slovenian police would probably come with a van and take the people inside the van without having any procedure that would involve these people – [without] taking their statements, their information and asking them what’s their purpose for being where they are and if they have any arguments against being returned to Croatia.”

“Slovenian police would just take these people in the van to the Croatian border, call up Croatian police and readmit them into the hands of Croatian police,” she said. Then, “they are taken to the green border with Bosnia, so not involving Bosnian authorities.”

A little over 1,200 foreigners applied for asylum in Croatia last year. BIRN asked the Croatian Interior Ministry what happened with the almost 10,000 transferred from Slovenia but received no reply.

No joy in Croatian courts

Migrants and refugees have found little joy in Croatian courts, despite well-documented complaints of ‘pushbacks’ and police violence on the country’s borders.

“We cannot really talk about effective investigations, let alone a court verdict that would secure justice for refugees and other migrants and their families,” said Antonia Pindulic, a lawyer with the Zagreb-based Centre for Peace Studies, CMS.

The only case that reached court was that of the Hosseini family from Afghanistan. Six year-old Madina Hosseini died in November 2017 when she was hit by a passing train near the Croatian-Serbian border.

Local and international NGOs said that before Madina was killed she and her family had already reached Croatia and asked for asylum.

After her death, the family again returned to Croatia and sought asylum but was rejected, stating simply that Serbia was a ‘safe country’ and as such they could be returned there.

According to the CMS, so far at least 18 criminal charges have been filed in Croatia for illegal expulsion or violence against refugees and migrants. But no indictments have been issued.

In the Court of Roma ruling, it said the Italian interior ministry was aware that readmission to Slovenia would lead to readmission to Croatia, “and that the migrants would be subjected to inhuman treatment and torture by the Croatian police.”

Croatia has denied police are engaged in systematic abuse of migrants and refugees and the interior ministry has said that individual police officers found to have acted wrongfully have been punished.

The European Court of Human Rights, ECHR, is considering several cases brought by refugees and migrants against Croatia, including three Syrian refugees – one of whom was an unaccompanied minor at the time – who say they were denied an individual assessment of their case and summarily expelled from Croatia to Bosnia in October 2018.

The court verdict in Italy forced the government there to suspend the practice of ‘readmission’. But pushbacks in the EU have not stopped.

In a July report based on testimonies collected between April and June, the umbrella organisation Protecting Rights at Borders, PRAB, said it had documented pushback incidents at the borders of France, Italy, Greece, Croatia, Slovenia, Hungary and Romania involving 3,403 persons.

“Compared to the first quarter of the year, higher rates of pushbacks were recorded at the Croatia-Bosnia and Herzegovina and Hungary-Serbia borders,” it said.

Nineteen-nine people reported being subjected to ‘chain pushbacks’ – i.e. between several countries – from Slovenia to Bosnia.

BIRNs interlocutors believe that pushbacks and human rights violations are not just isolated incidents and that the EU is complicit in it.

Pindulic of CMS said stopping the practice would require action “at EU levels, as well as at the national or Member State level”. Court rulings will only go so far.

“I think that litigation is very important, to give people access to justice and protection of their rights,” she said, “but at the same time there must be a change in politics.”