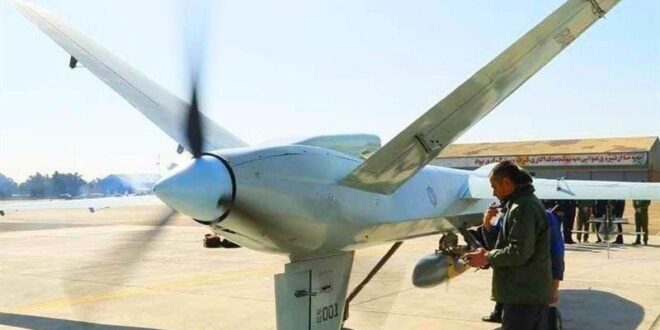 The Iranian Air Force is manufacturing a new generation of Kaman-class pilotless aircraft perfectly suited for a special operation, a top commander said.

He said a previous version of the drone, Kaman-12, has already been employed in a number of military drills, while Kaman-22 is also in the final stage of production.

Pointing to the remarkable flight endurance and great range of Kaman-22, General Nasirzadeh said the homegrown drone has special features in terms of carrying combat cargo and conducting patrol and reconnaissance missions.

He explained that Kaman-19 will enjoy higher service ceiling and be equipped with a special engine more suitable for reconnaissance.

According to the commander, the Iranian Air Force is at the cutting edge of the drone technology and industry in the world.

Known as Iran’s first wide-body combat drone, Kaman-22 is equipped with various combat, optical and electronic warfare systems, has a flight endurance of over 24 hours and a range of 3,000 kilometers.

In January, the Iranian Army staged a war game and flew new military suicide drones that can conduct nonstop sorties to hit targets at a range of 4,000 km.

Iranian military experts and technicians have in recent years made great headways in manufacturing a broad range of indigenous equipment, making the armed forces self-sufficient in the arms sphere.

Post Views: 201
Previous The Aftermath Of Two Decades In Afghanistan – OpEd
Next Courts Chip Away at Migrant ‘Pushback’ Practices in EU