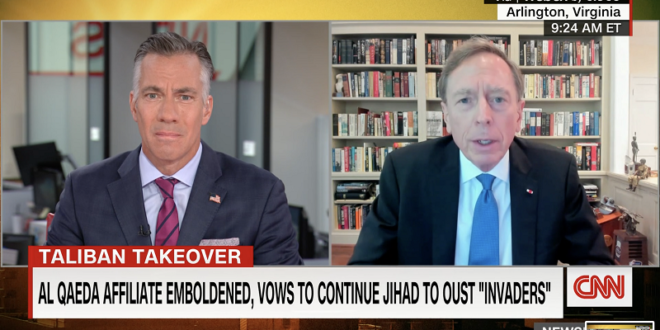 The breathtaking lack of official accountability in Afghanistan

Billions of dollars of US materiel is now in the Taliban’s hands; but which leader will be taken to task for it, or for anything?

“This is effing ridiculous,” we grumbled to each other as we eased our sedan onto the Autobahn. I was a newly minted 2nd lieutenant, accompanied by an enlisted squad leader, team leader, and rifleman from my platoon. My company commander had just ordered us to drive 200 miles from our base near Frankfurt, Germany back to the Hohenfels Training area to retrieve a small piece of a Javelin Missile Simulation Round the young rifleman had lost during a recent training exercise. An experienced non-commissioned officer assigned to evaluate our performance had told me the missing item was cheap and easily replaced; together we concluded that it was not worth halting our training exercise to organize a search party to retrieve it.

Days later, after the battalion redeployed back to our home station, my company commander learned of this missing item. Summoning the four of us to the arms room, he laid into us as we stood at attention — a humiliating experience — before ordering us to drive back across the country at our own expense to “find” the missing piece of plastic.

The training area at Hohenfels is 163 square miles; the object we were looking for, the size of a shoebox. Presumably, the mission was intended to reinforce the importance of accountability, which, in the combat arms world, is sacrosanct. Lost weapons (or personnel) can cost lives. Such accountability is not limited to the individual soldier who loses something, but extends to his or her leader, who is considered responsible for everything the platoon does or fails to do.

“It’s not my fault, someone else screwed up,” is never a satisfactory excuse.

Now consider Afghanistan where an absolute lack of accountability is on embarrassing display to the world. While the time had come to leave, with our ineptly planned withdrawal we have abandoned Afghans who risked their lives to be our allies. Receiving less attention than this disaster, but also revealing an utter lack of senior leader accountability, is our surrendering a modern weapons arsenal to the Taliban.

Reuters reported that according to recent intelligence estimates, “the Taliban are believed to control more than 2,000 armored vehicles, including U.S. Humvees, and up to 40 aircraft.” Amazingly, some of this equipment was delivered just weeks ago, meaning that we were flying in millions in military hardware while we probably should have been considering whether to remove what was already there, as embassy officials were already warning of the potential dissolution of Afghan security forces.

“Between 2002 and 2017, the United States gave the Afghan military an estimated $28 billion in weaponry, including guns, rockets, night-vision goggles and even small drones for intelligence gathering,” according to the same report.

We will likely never know how much of the military hardware delivered to Afghanistan has been lost nor, for that matter, why so much of it was even necessary to defeat an enemy often armed with little more than small arms. We should instead have been laser-focused on helping create a legitimate government that soldiers would fight for with the same determination the Taliban has shown. As we now see — and many had long predicted — no amount of arms or training could make up for the fact that for 20 years Afghan soldiers were being asked to fight for a corrupt kleptocracy.

To date, the senior officials responsible for handing our enemy millions of dollars of weaponry (not to mention those responsible for the preceding 20 years of hyping success and whitewashing failure) have faced less adverse consequence than my soldiers and I received for losing an inert piece of plastic worth less than $100. In fact, if the past is precedent, many of the architects of this catastrophic failure will soon enjoy corporate board perches from which to make small fortunes while also making frequent guest appearances on cable news. There, they will shamelessly pontificate without humility, and certainly no contrition.

Lt. Col. Paul Yingling’s words from early in the Iraq War have never rang more true: “A private who loses a rifle suffers far greater consequences than a general who loses a war.’”

Now we have the ultimate irony of this national security elite, comfortable in McLean or Chevy Chase, taking to the airwaves to heckle each other, agreeing only in their demand that thousands more troops head BACK to Afghanistan to identify and rescue American citizens and deserving Afghan allies amidst mobs of panicked civilians and armed Taliban. And, of course, if one of these 18-year olds manning the perimeter of Hamid Karzai International Airport screws up and fires at an innocent bystander, he or she WILL BE held accountable.

In this breathtaking lack of accountability, our Afghanistan mission mirrors the society from which it emerged. There is a yawning disconnect between the accountability that we enforce on those occupying the lower rungs of society, while our ruling class continues to show a remarkable ability to “fail up.” The Sackler family made billions by hooking millions of Americans on opioids — with catastrophic societal effects — and now they shamelessly insist upon no personal accountability, while street level dealers trying to make a few bucks get locked up.

The biggest banks in America brought our economy to the brink of collapse peddling toxic securities, while their leaders not only escaped punishment, but also continued to amass unimaginable fortunes. WeWork’s Adam Neumann negotiated a $2 billion exit package while his company imploded and his workers got pink slips. Hank McKinnell, former CEO of Pfizer, received $188 million in severance to reward him for his company losing $140 billion on his watch.

This epidemic of elite unaccountability threatens the fabric of our society. Perhaps we will remain lucky and our country will not implode and our leaders flee with sacks of money — as Afghan President Ashraf Ghani and his entourage reportedly did. But unless Congress demands accountability for 20 years of failure in Afghanistan — failure that has both civilian and military, Republican and Democratic, fingerprints on it, we should expect a more dignified version of Ghani’s heist: Those who crafted policies that produced a negative return on 20 years of painful investment, and then armed our enemy while leaving behind helpless allies, will retire to sinecures on corporate boards while continuing to hold forth as foreign affairs “experts” on cable TV. How can this not further degrade the public’s faith in our institutions, a faith that has already been seriously eroded?

It is difficult to look around the world and identify nearly anywhere where we are better off than we were 20 years ago. If neither Congress nor the foreign policy establishment proves willing to examine the causes of our strategic blunders, assign and accept blame where appropriate, and humbly commit to avoiding such tragic folly in the future, we should not be surprised to see another populist wave determined to clean house.

Lest we give in to despair, it’s worth mentioning that when the four of us got to the training grounds in Germany 15 years ago to search for the needle in the haystack, we examined a map, re-traced our footsteps as best we could, and my rifleman literally walked right up on the small piece of lost equipment.

It wasn’t the first time, and won’t be the last, that a soldier was sent on a wild goose chase, and somehow salvaged a degree of success, against all odds. Our leadership class owes them more, though, and it begins with holding themselves accountable.