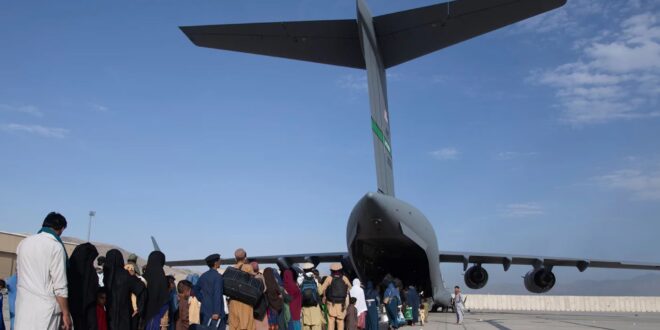 Afghan evacuees who fail initial screening will head for Kosovo

Kosovo has agreed to take in Afghanistan evacuees who fail to clear initial rounds of screening and host them for up to a year, a U.S. official said on condition of anonymity Saturday.

The U.S. Embassy in Kosovo said later in a statement that the arrangement did not mean Kosovo was taking evacuees who had been deemed ineligible for admission to the United States.

“Some applicants are still in the process of obtaining needed documents and providing all the information required to qualify under U.S law for immediate entry,” the embassy statement said.

Several other countries for a time balked at temporarily hosting the United States’ Afghan evacuees, for fear of getting stuck with the Americans’ security problems, AP reported.

Within days of the Taliban takeover, the U.S. mobilized thousands of American troops, diplomats, law enforcement agents, border and transportation workers, volunteers and others for screening, processing and caring for evacuees at more than a half-dozen U.S. naval stations, airfields and army bases in Europe and Asia.

The hastiness of the airlifts led to a minority of people among the evacuees getting thousands of miles from the Kabul airport before Americans detected problems, including some evacuees with security issues.

Some who managed to get through crushing crowds and U.S. and Taliban controls at the airport got put on planes and made it to transit sites, without any apparent eligibility for U.S. relocation as an at-risk Afghan, the official said.

Most Afghan evacuees are clearing processing in a matter of days at large transit sites that U.S. government employees set up quickly at military bases in Qatar, Germany and Italy, along with smaller sites elsewhere. Those evacuees then fly through Philadelphia or Washington Dulles airports for resettling in the United States.

Eligible Afghans include those who worked for the U.S. government, or women’s advocates, journalists or others vulnerable because of their role in Afghan civil society.

The U.S. official who disclosed the Kosovo plan said the transit centers “provide a safe place for diverse groups … to complete their paperwork while we conduct security screenings before they continue to their final destination in the United States or in another country.”