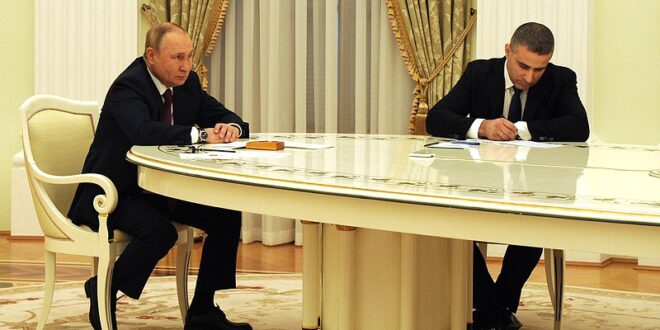 Putin Says If Ukraine Joins NATO Would Be Disaster, Concerns Over Crimea’s Future

The possibility of Ukraine joining NATO poses a threat to European security, as it creates the grounds for a major conflict between Moscow and the military bloc, Russian President Vladimir Putin warned on Tuesday.

Ukraine’s official state doctrine includes an intention to restore Kiev’s sovereignty over the Crimean Peninsula, which has been part of Russia since 2014, and, notably, by “military means,” he pointed out, during a joint press conference with the Hungarian prime minister, Viktor Orban.

Such developments could prompt Kiev to proceed with its plan to start a military “operation” in Crimea, the president warned, adding that Moscow would then be bound to respond, since it considers the peninsula, which was reabsorbed by Russia in a March 2014 referendum, its sovereign territory.

Speaking in Moscow on Tuesday, Putin also expressed doubt that Ukraine’s security was Washington’s primary concern. The US is driven by a desire to “contain” Russia, the president argued, adding that creating a conflict on Russia’s border that would allow the Americans and their allies to slap Moscow with another batch of sanctions would fit such a strategy.

The president also said that Washington had so far ignored Russia’s “fundamental” security concerns. Moscow would very much like to avoid a conflict, Putin stressed. He added that it would only be possible if the interests of all sides, including Russia, are taken into account.