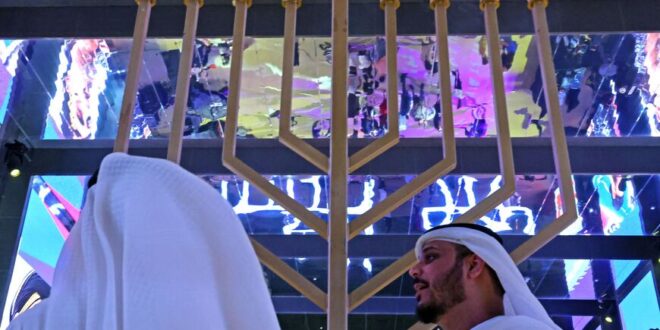 With a new Israeli government that is stable and committed to the Abraham Accords, the Emiratis are moving forward on their 2021 pledge to invest $10 billion in the country.

When former Prime Minister Benjamin Netanyahu was supposed to visit the Emirates after the signing of the Abraham Accords, the visit never happened. Still, Mohammed bin Zayed, the crown prince and de facto ruler of the United Arab Emirates, used the occasion to announce that the UAE would pursue $10 billion in investments in Israel.

A joint Israeli-Emirati fund was to be established in invest in Israeli companies in the fields of energy, industry, infrastructure and water use, space, health and agritech. Bin Zayed said that the fund would operate and be managed privately, not by the government, and that it would realize the goals of the Abraham Accords: to establish partnerships and build connections to benefit the people of the Middle East and to advance the whole region. He said the initiative “demonstrates the benefits of peace by improving the lives of the region’s peoples. It is a manifestation of the new spirit of friendship and cooperation.”

But since then, Netanyahu was ousted. Under the new government headed by Naftali Bennett and Yair Lapid, Lapid and other ministers have visited the Emirates, but Abu Dhabi has kept quiet about its investment promise. Israel seemed to have given up hope, announcing the creation of a joint investment fund for research and development with the Emirates with much smaller funding of $30 million shekels ($9.4 million) a year.

Israeli President Isaac Herzog visited the Emirates Jan. 31, just as it was attacked by rockets that killed three people. The messages of solidarity were well taken by his hosts, and the meetings between Herzog, Bin Zayed and other senior officials received wide coverage in the media.

During the visit, the hosts announced that they will fulfill Bin Zayed’s promise to Netanyahu. The news was delivered by the chair of the Emirati investment fund ADG, Faris Mohammed Al Mazrouei, Undersecretary for Economic Development Rashed Abdul Karim Al Balooshi and Abdullah Mohamed Al Mazrouei, the chair of the Abu Dhabi Chamber of Commerce and Industry at the UAE.

The Emiratis said that the investments will be channeled through large investment firms in the Emirates, including the Abu Dhabi Investment Authority and the Mubadala Fund. The ADQ Group’s Abu Dhabi Growth Fund will lead with an initial investment of $200 million this year and a similar amount every year for the next decade, eventually totaling $2 billion.

The aid mechanism was discussed at the meeting: Israeli groups such as the Manufacturers Association, the Export Institute and Start Up Nation Central will help direct the investments and identify the Israeli companies that suit the Emiratis’ needs and interests.

A senior Emirati business source involved in the process told Al-Monitor that Abu Dhabi had waited patiently for the Israeli political system to settle down before taking steps to realize bin Zayed’s promise. The timely visit of Herzog, an apolitical official, was done in friendship and that he did not cut it short shows that Israel stands by the Emirates when they are attacked.

The president of the Manufacturers Association, Ron Tomer, who participated in the meetings, told the Israeli press that the president’s visit was an excellent platform through which to advance economic and commercial relations between the two countries. The chair of the Export Institute, Ayelet Nahmias-Verbin, said, ”We are discussing about the Emirates becoming not only a target gate for Israeli products, but also a significant gate for the export of Israeli goods and knowhow toward other countries.”

Start Up Nation Central, which connects Israeli high tech companies to investors and large companies throughout the world, has developed a special connection with the Emirates in the past year and the Emirati ambassador to Israel Mohammad al-Khaja works closely with the organization to promote joint initiatives.

The CEO of Start Up Nation Central, Avi Hasson, was part of the president’s delegation and told Israeli journalists that the investment of $10 billion is hugely significant, as the Emiratis use investment funds as a tool to express the strategic importance they place on relations with Israel.

He added that the Emiratis know how to recognize good business opportunities and that Israeli companies’ innovation and advancements offer strong investments. “This is not philanthropy or a political investment fund,” he said. “The Emiratis are seeking profits from their investments.”

A senior Israeli government official told Al-Monitor on condition of anonymity that the progress surprised Israel and its significance goes beyond its economic scope to the diplomatic, attesting that the Abraham Accords are here to stay and that the Emiratis’ decision to undertake normalization with Israel has strong support.