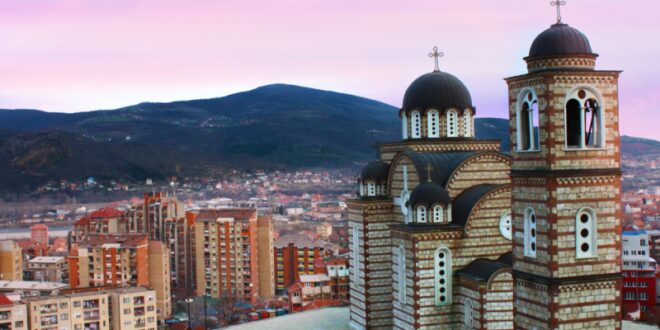 Kosovo has been urged to find a way to establish the Association of Serb Municipalities (ASM) in Kosovo, without infringing on state sovereignty. Pristina has previously refused, saying it would create a state within a state, like in Bosnia and Herzegovina, which has failed.

The request has come from the EU and US envoys Miroslav Lajcak and Gabriel Escobar during a visit to Kosovo and then Serbia, taking place this week. The visit aims to advance the dialogue between the two countries.

They reiterated support for Kosovo’s principles in the ongoing dialogue, particularly the non-violation of its territorial integrity. Lajcak said Kosovo is an equal party in the dialogue and should not fear having anything imposed on it, including the ASM.

Escobar said that the U.S. “strongly supports” Kosovo’s independence and territorial integrity and that it is letting the two sides to regulate their relations.

Referring to the recognition of Kosovo’s independence, Escobar expressed his opinion that all Western Balkans countries should become part of the EU. “We would like all countries to recognise each other and have good relations,” he added.

Prime Minister Albin Kurti commented on the calls, stating that Kosovo is not afraid to establish the ASM, but that it remains “responsible, cautious, constructive, and serious” about dialogue and defending national interests. He added that the government has not discussed any models for the ASM, but that they have presented the envoys with their proposals for the advancement of dialogue that should result in Serbia recognising Kosovo as an independent country.

In an interview before the visit, Lajcak dodged a question on whether the association should have executive powers, stating it is up to Serbia and Kosovo to establish that during dialogue.

The establishment of ASM was agreed in Brussels in 2013, and details were drawn in another agreement in 2015. Subsequently, Kosovo’s Constitutional Court deemed it unconstitutional because it was not inclusive of other ethnicities and could entail executive powers.

Kosovo-Serbia dialogue has been ongoing since 2011, but there has been little in the way of progress, and most agreements signed have not been implemented.

Post Views: 132
Previous Romania still committed to get F-35s, but after 2030
Next Russia, China Claim United Front Against NATO Expansion