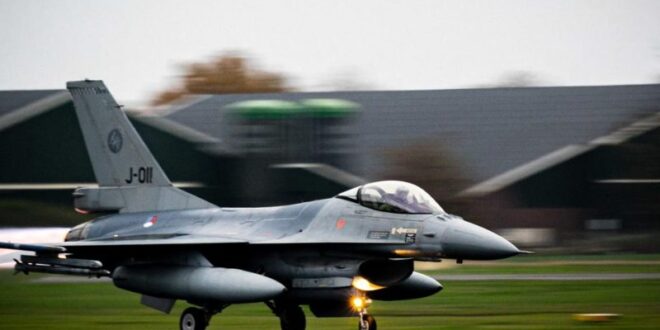 After buying second-hand fighter jets from Portugal and Norway, Romania will continue its plans to upgrade its air force, but new generation fighters will only enter service after 2030.

“The modernisation of the Air Forces will not stop here; we plan to also buy new-generation jets, F-35,” Iohannis said.

Romania has an F-16 squadron, formed after buying 17 used planes from Portugal, and it announced plans to form two more squadrons, with 32 aircraft bought from Norway. The F-16s were designed to replace the ageing MIG-21 Lancers in Romania’s air force, and they are estimated to last at least seven to 10 years, so a major upgrade will only come after 2030.

President Klaus Iohannis said Romania would continue to allot at least 2% of GDP for defence spending, continuing to upgrade its military capabilities.

During his visit, Iohannis also welcomed the US military’s announcement that it would move 1,000 soldiers from its Stryker squadron to Romania from Germany as part of increasing its presence in Europe.

The United States will move approximately 3,000 service members to Romania, Poland and Germany in response to Russia’s continuing build-up of forces on its western border with Ukraine and in Belarus, Pentagon Press Secretary John F. Kirby said Wednesday.

The US army already has around 900 troops stationed in Romania, and it is investing $150 million to upgrade the airbase in Campia Turzii which was visited by the Romanian president.

Kirby said a 1,000-member Army Stryker squadron would deploy to Romania from Germany. The deployment is at the express invitation of the Romanian government, and it will begin in a couple of days, he added.

Post Views: 174
Previous More US troops to be sent to Poland
Next EU, US urge Kosovo to accept Serb Municipalities