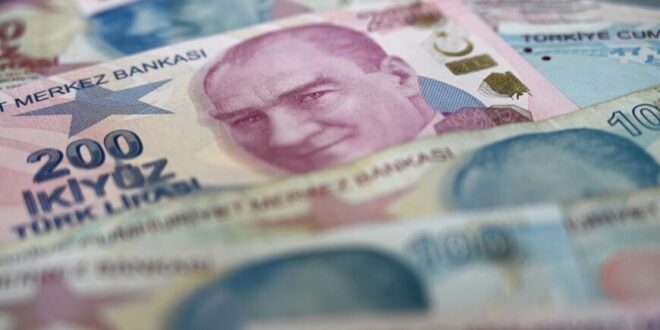 January’s inflation overshot both the forecast of Finance and Treasury Minister Nureddin Nebati, who had predicted a monthly rate of up to 8%, and the more realistic forecasts of the Central Bank.

Turkish consumers are reeling from massive price hikes at the turn of the year, including on electricity, gas, fuel, transport and food, stoked mainly by the currency turmoil last year. Nebati’s recent forecast that inflation would peak in January before easing in the ensuing months appears off the mark as well. In an omen of further price increases, annual producer inflation was almost the double consumer inflation in January. According to many observers, consumer inflation is likely to hit an annual rate of up to 70% in the coming months.

In an already shocking trend, the rate had jumped to 36% in December from 21.3 % in November and 19.9% in October. Inflation of nearly 49% has not been seen in Turkey in the past two decades. The prospect of the rate soaring to 60% and even 70% causes many to ask in fear whether Turkey is going back to the turbulent late 1990s and early 2000s. The most recent time Turkey saw similar price increases was in 2001, when annual inflation hit 68% amid a severe economic crisis that spelled the end of the coalition government and propelled President Recep Tayyip Erdogan’s Justice and Development Party to power the following year.

Food and energy prices stand out in the country’s current inflation woes, exacerbating popular grievances ahead of presidential polls next year. Turkey relies heavily on imported oil and gas to meet the energy needs of industry, commerce and households. Its energy importation bill increased by 75.5% to $50.5 billion in 2021. The country took blows not only from the rise of global energy prices, but also the depreciation of its currency, which lost about 40% of its value against the dollar last year. About half of Turkey’s energy imports in 2021 belonged to the last four months of the year, a period during which the Central Bank cut its policy rate four times, heeding Erdogan’s unconventional view that high interest rates cause high inflation. The rate cuts pushed real yields on the lira into negative territory and fueled a dizzying increase in foreign exchange prices, which in turn forced back-to-back price hikes on fuel, electricity and gas. The knock-on effect on any business using energy has meant price increases across the board.

The main driver of last month’s inflation was the electricity price hikes of Jan. 1, which averaged 70% for households and caused a nationwide outcry. They alone accounted for 1.6 percentage points of the 11% monthly inflation, even as TUIK revised the weights assigned to items and categories in the inflation basket, reducing the weight of electricity a bit. And with a 25% price hike on natural gas for households and a series of price increases on gasoline, liquified petroleum gas and diesel, the overall energy prices had a massive impact on January’s inflation rate.

There have also been price hikes on public transportation, a direct consequence of rising energy costs. The prices of intracity transportation services, provided mostly by local administrations, as well as those of some private services such as taxis and minibuses running fixed routes were raised by 36%, the average of producer inflation in the preceding 12 months, which is known as a “reappraisal rate” and serves as a reference in hiking various government levies and charges.

The increase in automobile prices contributed another 0.7 point to January’s inflation.

There were also significant price hikes in the food and beverages group, affecting households and dining and drinking establishments alike. The food group is assigned a 25.3% weight in the consumer prices index, while the restaurant-hotel group has a weight of 7.1%. In both categories, prices were pushed up by sharp cost increases stemming from a combination of factors, including harsh weather, supply difficulties, rising transportation fees and swelling energy bills. An overall increase of some 11% in food prices contributed 2.8 percentage points to the monthly inflation in January, while price hikes of about 8.5% at dining and drinking establishments accounted for more than 0.6 percentage points.

In a country where smoking remains rampant, tobacco is assigned a 4% weight in the consumer prices index, the second largest after rent in terms of singular items. Cigarette prices rose 24% in January, contributing about one percentage point to the monthly inflation rate. According to a 2019 survey by the TUIK, 28% of Turkey’s population aged over 15 are daily smokers. The prices of alcoholic beverages, including whisky, wine, beer and the national drink raki, saw an even higher increase of about 40%, contributing 0.12 percentage points to the inflation rate.

The steep increase in consumer prices in January is unlikely to ease quickly in the coming months. Government measures to prop up the embattled lira may have reined in foreign exchange prices for now, but goods and materials imported with higher foreign exchange prices last year continue to weigh on producer costs, auguring further price hikes for consumers. Turkey’s economy is heavily reliant on imports at a cost of nearly $271.5 billion in 2021.

Producer inflation hit a staggering 80% last year, while consumer inflation reached 36%. Producer prices rose another 10.5% in January, bringing the year-on-year rate to 93.5%. With the big gap between the producer and consumer inflations, further consumer price increases appear inevitable in the coming months. Annual consumer inflation climbing to the region of 60% to 70% in February and March should not come as a surprise. With such rates, Turkey could outstrip Argentina to become the inflation leader in the emerging economies league.