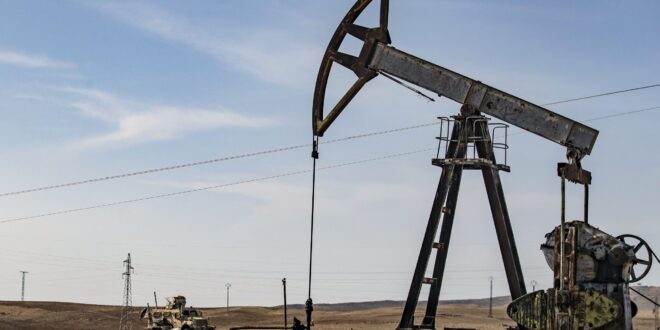 The SDF signed an agreement with an HTS-affiliated company to supply it with oil, according to Athr Press.

Anonymous sources revealed to Athr Press that an oil supply agreement was signed between representatives of the Syrian Democratic Forces (SDF) and the militants of the Hay’at Tahrir al-Sham (HTS, al-Nusra Front and its allies). The latter are responsible for managing the Watad company, which is affiliated with the so-called Abu Muhammad al-Julani in Idleb. It distributes oil derivatives in the areas controlled by al-Nusra in the Idleb countryside.

The sources confirmed that the meetings held near the city of Manbij resulted in a preliminary agreement that SDF would send tankers carrying oil derivatives at a rate of 150 tons per day towards the Idleb countryside. They will then be delivered to the Watad company with an estimated value of $160,000. These derivatives will be distributed to civilians in the countryside of Idleb within the areas of Jabhat al-Nusra’s control.

The sources added that this agreement coincided with difficulties faced by Watad in importing oil derivatives from Turkey and an increase in the cost of importing them through the Syrian-Turkish border. It is expected that Julani will achieve profits more than 3 times the cost of these derivatives, which will be obtained from the SDF forces in the middle of February.

Asharq al-Awsat newspaper quoted its sources as saying that the agreement strengthens Jabhat al-Nusra’s status and provides it with a huge financial boost that improves its image in front of the local community and weakens the rest of the factions.

The agreement coincides with U.S. and Turkish attempts to strip the label of terrorism from Jabhat al-Nusra and instead deal with it as a moderate organization and include it in the structure of the Syrian opposition.