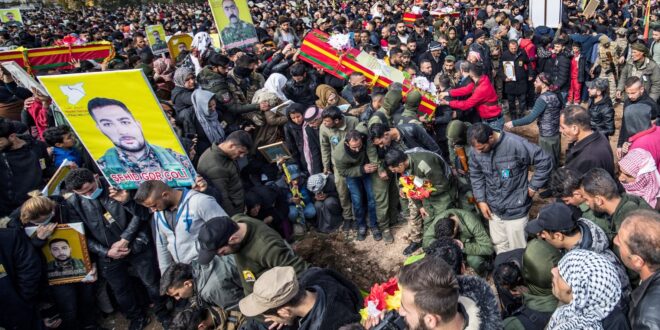 SDF Vows Revenge After Fall of Four Martyrs in Strike

In a statement released today by the Media Office of the SDF, it declared that four of their fighters were martyred in the last night Turkish occupation strike on the rural Derik in the countryside of Qamishli.

The statement said after the failure of the ISIS attacks on the Hassakeh prison due to the intrepid resistance performed by brave SDF fighters that received wide popular applaud and solidarity, Turkish occupation forces carried out an attack by fighter jets on the Electricity Facility in the village of Gir Kandal close to the Teqil Beqil village in Derik.

Four fighters that were protecting the facility were martyred. Five other civil servants were also injured in the attack according to the SDF statement.

The statement made it clear that the attacks would not have taken place without the prior knowledge of the Global Coalition to Defeat ISIS.

”The SDF is not going to be hands folded or preserve silence rather they will make the occupation state pay for this blatant aggression,” the statement concluded.