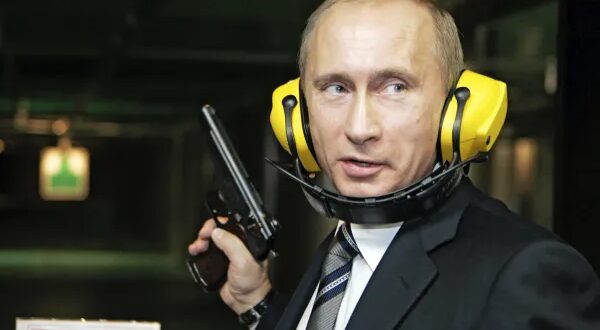 The Bully in the Bubble

Putin and the Perils of Information Isolation

When Western leaders and observers speculate about what will happen to Ukraine, they usually focus on one man: Russian President Vladimir Putin. And for good reason. Under Putin, Russia has increasingly become a personalist regime—an authoritarian system in which power is concentrated in a single individual rather than in a ruling party or a military elite. A similar trend has emerged in China under Xi Jinping, in Turkey under Recep Tayyip Erdogan, and in Venezuela under Nicolás Maduro. Around the world, personalism is on the rise.

Personalist regimes are incredibly opaque. They lack channels of open deliberation and formal institutional procedures, functioning instead through interpersonal relationships and unofficial arrangements. Putin, for example, prefers to deliberate during small, casual meetings and is so obsessed with secrecy that he doesn’t use a cell phone. This makes it extremely difficult for analysts to understand his policymaking patterns.

But personalist systems have common characteristics that shape how their leaders operate, and studying them can help observers understand what drives strongman behavior—including Putin’s. Personalist dictators, for instance, face fewer checks on their power than do other heads of state. They are harder to punish when their foreign policy decisions fail. And critically, they choose their circle of advisers based on loyalty rather than competence, surrounding themselves by scared and sycophantic underlings who feed them limited, biased, self-censored, and overly optimistic information.

For Kyiv, this is cold comfort. Because personalist rulers are more insulated from the consequences of their actions, they can afford to be more violent and less risk averse than other kinds of autocrats. To repress domestic opposition and keep power, they staff their regimes with devotees from the military and the security services who are prone to aggression and whose hostile outlook begins to permeate foreign policy decision-making. As these courtiers compete for the ruler’s attention, they may leave out inconvenient facts and offer belligerent, eye-catching plans for how to deal with what they see as threats.

Personalist dictators can afford to be more violent than other kinds of autocrats.
That doesn’t mean more violence in Ukraine is preordained. In the past, Putin has been pragmatic and sensitive to war’s costs. But the Russian president’s circle of trust has consolidated over time, insulating him from information that does not fit with his prior beliefs. His minions share his anger toward the West, and he faces no serious internal constraints. The future of Ukraine may hinge on a man ensconced in a bubble that both feeds his aggression and shields him from its consequences.

Authoritarian states are bedeviled by an inherent contradiction. To stay in power, autocrats desperately seek reliable information on the attitudes of their citizens, elite rivals, and foreign threats. But to avoid opposition, they establish political systems that make quality data exceptionally hard to obtain. Leaders suppress dissent, punish free expression, encourage personal loyalty, and divide their security agencies. They therefore struggle to understand both how their people feel and what other states are planning.

In a personalist autocracy, these problems are even worse. Government officials not only struggle to obtain factual information; they also face strong personal incentives to censor what they find. Consider, for instance, Iraqi President Saddam Hussein’s behavior before the 2003 Iraq war. Iraqi government records captured by the United States show that he badly underestimated the probability of a U.S. invasion and, in the event of one, expected his troops to put up much greater resistance. That is not because his advisers were (entirely) blind to reality. It is because his underlings—fearful of confronting a dictator famous for violent purges—never challenged his rosy assessments. As the political scientist David Lake has argued, “Saddam was insulated in a cocoon in which little adverse information got through to him and few subordinates dared challenge his preconceived beliefs.”

The Iraq war also, of course, illustrates that democracies can ignore information and make miscalculations, as the Bush administration did by disregarding intelligence that showed Baghdad didn’t have WMDs. But although information problems are not unique to personalist regimes, their structure greatly exacerbates the issue. There is a reason, for instance, why personalist leaders have meek advisers. For strongmen, the consequences of losing power can be extreme—prison, exile, or death—and so they tend to surround themselves by sycophants. Their governing bodies can therefore descend into groupthink, and policy can lock onto a single path. This tendency is intensified by the fact that long-standing rulers become more confident in their abilities over time, ignoring or quashing opposition.

Putin’s inner circle is almost entirely made up by members of his loyalist, hawkish security services.
Perhaps no leader of a major power illustrates these patterns better than Putin. His advisers once held a range of perspectives, especially early during the first decade of this century, when he attempted to position the Kremlin as a partner to the United States and Europe. But over time, his security agencies came to dominate Putin’s attention, especially as he grew disappointed with the West. Now, Putin’s inner circle is almost entirely made up of the siloviki—members of his loyalist, hawkish security services. The FSB, Russia’s successor to the KGB, is playing an increasingly visible role in foreign relations. The Ministry of Foreign Affairs, by contrast, is now sometimes left out of decisions altogether.

The result is a dangerous feedback loop. By most accounts, the president’s advisers uniformly see the West as a grave security threat to Russia, which encourages Putin to adopt an increasingly hostile stance. This in turn provokes the United States and Europe to confront Russia, which only increases the influence of Putin’s hawks by justifying their pessimistic and often paranoid outlook. Partly as a result, Russian foreign policy has grown more belligerent over time.

This aggression has yielded territorial victories, most famously the annexation of Crimea in 2014. But it has also left Putin significantly more isolated. Russian cooperation with the United States and Europe has, of course, stalled, but its work with India and Japan has similarly stagnated. Moscow has forged a growing partnership with China, but this relationship is likely to make Putin uneasy. Rather than bringing central and eastern Europe back under Moscow’s sway, the president’s gambit in Ukraine has breathed new life into NATO. If Putin’s ultimate goal is to transform the global order to fit Russia’s ambitions, he appears to have failed.

In more rigorously institutionalized states, there would be separate groups or agencies powerful enough to tell leaders when their aggression is backfiring. Yet like many personalized regimes, the Russian government lacks any real checks and balances- or even a way to thoroughly assess the data it gathers. As the Putin expert Brian Taylor has noted, Russia has no system to create “collective judgments” from its multiple intelligence services, as is done with the National Intelligence Estimates in the United States.

There are notable differences between Putin and most personalist leaders. Scholars have argued that strongmen tend to be particularly aggressive and risk acceptant because they come to power through violent means, such as coups and revolutions. Putin, however, came to power by appointment in 1999. He is also not as rash as other personalist dictators, such as Saddam, who invaded Kuwait despite ample evidence that doing so would provoke a powerful international response. Although the Russian president is certainly willing to use military force if it seems necessary or beneficial, as he did in Chechnya, Georgia, Moldova, Syria, Ukraine, and most recently, Kazakhstan, he has never attempted to conquer an entire country.

But not all personalist states are alike. Indeed, part of what makes personalist regimes distinct from other autocracies is that their shape and character depend heavily on one individual, and today’s Russia clearly fits that criterion. A single person—Putin—acts as the ultimate arbiter of interelite disputes. He makes all foreign policy decisions. No group of other Russian officials has the capacity to consistently constrain him. Instead, rival elites spend their time jockeying for positions in his inner circle—sometimes succeeding, and sometimes being cast out. Putin, for example, jettisoned former Russian President Dmitry Medvedev after his personal corruption (and tendency to sleep during Putin’s speeches) became too embarrassing to tolerate.

Personalism may give Putin extraordinary latitude within Russia. But if he does decide to invade Ukraine, this mode of governance will ultimately hold him back. Research shows that the information problems created by personalism can hamper a country’s performance on the battlefield and distort its leader’s perception of foreign threats. The security threats Putin sees in Ukraine, for instance, are shaped by his inner circle’s pervasive belief that the West lurks behind every Color Revolution. As a result, the president may discount the degree of genuine opposition to Moscow’s actions in former Soviet states. In fact, at the end of January, U.S. spy agencies said that Putin is underestimating the costs of invading Ukraine because his advisers are withholding information about the depth of local Ukrainian opposition to Russia and, relatedly, the strength of Ukraine’s resistance. They alleged that the president “is being misinformed by his own circle of advisers, who appear unwilling to confront him with the full consequences of military action.” Although it is hard to separate fact from speculation in intelligence reports, this problem is a common feature of personalist systems.

For Putin, the consequences of miscalculating in Ukraine could be grim. Although the president’s regime can shelter him from the repercussions of mistakes, if the Kremlin launches a major invasion and the war goes south, it will be hard for him to avoid feeling the impact. Putin will not only be more isolated and dependent on Beijing; he will also face a festering insurgency that will grow unpopular at home. He would not be the first Russian leader damaged by such a quagmire. During the 1980s, the Soviet Union occupied Afghanistan to try to keep Kabul firmly in its camp, and its eventual failure played a key role in undermining public trust in the system.

It is still unclear if Putin will slip up. Although Russia continues to mass forces on Ukraine’s borders, no one knows if the president will ultimately attack the country or, if he does, just how far he will go. Intelligence reports suggest Putin has not yet made up his mind, and his public statements contain mixed messages. But if he makes a miscalculation and launches a major invasion, it will likely be because of the personalist features of his regime. It will then fall on Kyiv and its partners to check him, because there is no one in Russia who will.

Post Views: 188
Previous To Brief, Or Not to Brief: UK Intelligence and Public Disclosure
Next U.S. kills ISIS leader, but another is already waiting in the wings