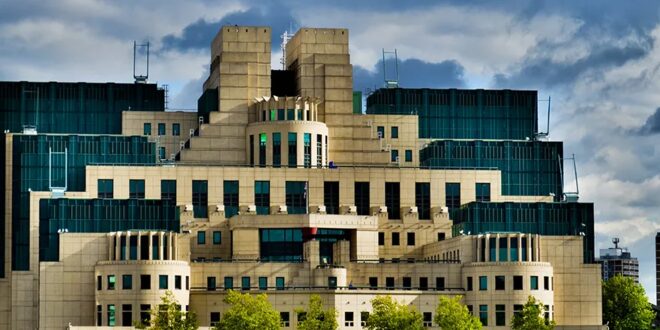 To Brief, Or Not to Brief: UK Intelligence and Public Disclosure

The UK government’s recent release of information on Moscow’s intentions in Ukraine is not the first time intelligence has been released as evidence, and raises questions about who delivers the message and what information should be used.

Last week, Foreign Secretary Liz Truss issued a statement on a Russian plot to install a pro-Kremlin leadership in Ukraine. The statement – echoing a similar one from US sources – referred to ‘information’ that Russia considered Ukrainian politician Yevhen Murayev a likely replacement for President Volodymyr Zelensky, and identified four former MPs and businessmen as working closely with Russian intelligence.

‘The information being released today shines a light on the extent of Russian activity designed to subvert Ukraine’, said Truss, amid signs that the Kremlin has increased its troop presence bordering Eastern Ukraine to 130,000 troops. ‘Russia must de-escalate, end its campaigns of aggression and disinformation, and pursue a path of diplomacy’, she urged.

Days later, in a statement to the House of Commons, Prime Minister Boris Johnson said the UK had ‘declassified compelling intelligence exposing Russian intent to install a puppet regime in Ukraine’, indicating that the UK would continue to disclose Russian ‘cyber-attacks, false flag operations or disinformation’.

There had been speculation that intelligence came from the UK’s agencies, yet recent reporting, based on those close to the matter, suggests the intelligence was US sourced and assessed to be accurate by UK officials. The Washington Post believe the Biden administration ‘asked the British government … to publicly expose the Russian plotting’. In recent weeks, the US administration has aimed to expose Moscow’s false claims (a so-called ‘prebuttal’).

That the UK government is following the US in the publication of intelligence comes as little surprise. Previously, intelligence was neither seen nor heard; for historian Michael Handel, it was as if ‘MI5 and MI6, do not exist. Enemy agents are found under gooseberry bushes and intelligence is brought by the storks’. Aside from a small number of official reports and scandals, intelligence did not feature. Yet things are different now, with intelligence taking on a visible role.

Nonetheless, the recent disclosure of intelligence on Ukraine is not as unusual as some commentators suggested. The public use of intelligence to support policy decisions has a long yet fraught history, often involving the blowing of secret sources to justify political positions. In 1920, diplomatic signals intelligence from the Government Code and Cipher School (GC&CS) was used as part of a wider (and unauthorised) leak to undermine Britain’s rapprochement with Bolshevik Russia, inevitably compromising SIGINT on Moscow.

Worse followed. Justifying a raid on the All-Russian Co-operative Society in May 1927, the Baldwin government wrecked Britain’s ability to read high-grade Soviet traffic citing ‘telegrams’ based on GC&CS reporting. Inevitably, Soviet security improved with the use of the one-time pad. Equally, the Attlee government drew attention to the Jewish Agency’s double dealing in post-war Palestine by publishing messages from secret traffic.

The effect in each case was the wanton vandalism of sources, and greater headaches for policymakers. More recently, intelligence has also taken a public facing role. In part, the public role of the agencies makes further engagement necessary, yet the nature of intelligence targets also requires greater disclosure. Few in the bipolar Cold War world questioned the threat of the Warsaw Pact, it was there for all to see. Gone are the days where intelligence is collected and analysed, only to sit on a consumer’s desk. We now live – to quote former CIA Director James Woolsey – ‘in a jungle filled with a bewildering variety of poisonous snakes’ where threats seem, to the public, unclear, and clarity can be useful in supporting policy.

The UK’s agencies have now found their voice, with implications for policy input, as one former agency official explains: ‘The agencies can’t isolate themselves from the implications of their having found themselves in policy space: the public use of intelligence, whether attribution of what has been a secret source, or the routine exposure of cybersecurity issues, needs agency staff who are able to think on their feet about the implications of releasing classified information, but without their traditional “Just Say No” attitude’.

The use of the Joint Intelligence Committee’s (JIC) assessments to support UK policy on Iraq, and Tony Blair’s claim that the intelligence was ‘extensive, detailed and authoritative’, stands out as a key example. Here, the public use of intelligence to support policy led to claims that the committee had broken former JIC chair Sir Percy Cradock’s mantra that intelligence and policy need to be in ‘separate but adjoining rooms’.

Yet Iraq is an aberration. The November 2001 release of intelligence by Downing Street to identify Al-Qa’ida and Osama bin Laden as responsible for the 9/11 attacks met with little controversy. The intelligence was caveated that it could not be ‘used evidentially … But on the basis of all the information available HMG is confident of its conclusions as expressed in this document’.

The JIC’s assessments of the use of chemical weapons by the Syrian regime in August 2013 were also used as part of the debate on intervention. The then chair of the JIC, Jon Day, wrote it was ‘highly likely’ that the Assad regime had used chemical weapons in Ghouta, killing an estimated 1,400 civilians. In this case, few questioned the intelligence. Instead, Parliament found the policy options unconvincing.

Intelligence also formed the cornerstone of the UK response to the 2018 Salisbury attacks. Speaking to MPs, Theresa May noted that while she could not provide details, ‘based on a body of intelligence, the Government has concluded that the two individuals named by the police and CPS are officers from the Russian military intelligence service, also known as the GRU’. If anything, Russia’s bungling efforts to shape a counternarrative – highlighted by the widely mocked RT interview of the suspects, contrasted with the calm statements from the UK government, and was an important factor in garnering support from NATO and EU allies.

Liberal democracies will always need to justify decisions, and intelligence forms part of the argument. Governments also need to counter ‘false premises’, a point recently made by former SIS Chief Sir Alex Younger, speaking to BBC’s Radio 4 Today programme. Of course, the UK’s agencies also release intelligence when it comes to the cyber domain. ‘National security and cyber security are converging as dependence on networked devices becomes essential for everybody, particularly in the way they interact with the state’, notes one former senior GCHQ official. Going forward, GCHQ and the National Cyber Security Centre will provide yet more public information.

There are warnings. Naturally, the use of intelligence as evidence will not convince everyone, and claims of ‘dodgy dossiers’ continue. Another problem – as history tells us – is source protection. The examples of the 1920s serve as a warning that disclosure blows profitable steams of intelligence for little value.

Confusion over the Foreign Office statement also stems from presentation. The initial packaging of the Ukraine plot story as ‘information’ did little to reinforce the immediacy of the message, and past cases have shown it is possible to refer to JIC assessments or ‘intelligence’ as a blanket without compromising sources. Lord Butler’s 2004 review of intelligence on Iraqi WMD is a useful reminder that clarity is needed when presenting intelligence in public.

Trust in the messenger also matters. Obviously, the ultimate decision to blow sources in the interests of policy is a political choice, and it is hard to divorce intelligence from policy. Yet polling has consistently shown a sharp decline in trust in government and politicians, whereas civil servants and government officials are viewed more favourably. Equally, the UK public also have relatively high levels of trust in the intelligence agencies.

Yet the statement on Ukraine, and the response to it, is a reminder that release of ‘intelligence’ to support policy is littered with problems. Agency warnings or caveated summaries of JIC assessments are clearly more favourable than press releases, and carry greater weight. It is also of note that the JIC, front and centre in past statements, is absent in recent statements. While the release of intelligence to support policy will continue – and is welcomed in some cases – there is a need to carefully think about the mode of delivery.

Post Views: 82
Previous Lessons from the Houthi Missile Attacks on the UAE
Next The Bully in the Bubble