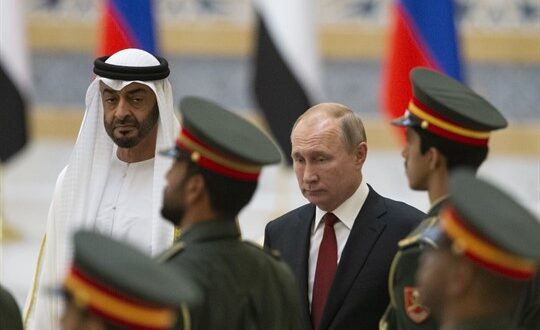 In a little more than a month, on Dec. 24, Libyan voters will go to the polls to elect a new president, and after a decadelong civil war it is probably stating the obvious to say that they face tough choices. Among the candidates they can vote for are Gen. Khalifa Haftar, an accused war criminal backed by Russia and the United Arab Emirates, and Saif Gadhafi, the son of a murdered dictator and an accused war criminal himself, who has also been courted by Russia and the UAE.

The other three presidential candidates all have foreign backers of their own, including the U.S., U.K., Egypt, France, Italy and Turkey. But what makes Haftar and Gadhafi’s bids so much more worrying are their connections to the Wagner Group, a network of Russian-backed military contractors that has also reportedly received backing from the UAE. If either Haftar, Gadhafi or both advance to the second round of voting, there is a decent chance one of them could win the presidency. Either way, that sets up the very real prospect of the Wagner Group entrenching its position in Libya, and a possibility that Abu Dhabi and Moscow will deepen their cooperation across the Middle East.