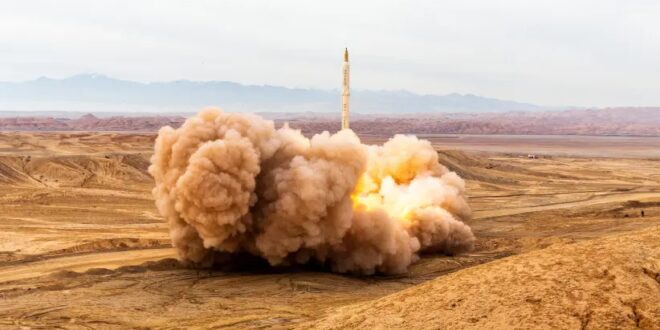 If Israel strikes Iran, what happens next?

Nuclear deal talks are entering into their final stage in Vienna.

As negotiations between the world powers and Iran in Vienna continue and reportedly enter their “final stage,” many in the Middle East – but also in Washington and European capitals – hold their breath to see if a return to a nuclear deal with Iran is possible.

Israel is also closely following developments in Vienna. Accepting the fact that some agreement with Iran is almost certainly on the way, Prime Minister Naftali Bennett recently said that “the agreement and what appears to be its conditions will damage the ability to take on [Iran’s] nuclear program.”

Yet, if the talks in Vienna fail to produce an agreement and Iran is free to pursue its nuclear program (in addition to its existing malign regional activities, including against Israeli targets), the prospects for an Israeli strike against Iran become much higher.

Worrying that a deal with Iran won’t be able to stop the country from developing a nuclear weapon, Israel already signaled its readiness to strike Iran. Bennett stated that “Israel will continue to ensure its full freedom of operation in any place and at any time, with no limitations,” and incoming IAF commander Maj.-Gen. Tomer Bar said that the Israel Air Force is ready to attack Iran “tomorrow.”

If Israel does indeed attack Iran, as Israeli officials have increasingly implied might happen, what impact would it have on the Middle East? How would the region be any different after such a development?

These questions may be hypothetical now, but they could very well turn out to be reality tomorrow.

TO ANSWER them, Wikistrat, a crowdsourced consultancy, ran a weeklong simulation from January 24 to 31, 2022, while the talks in Vienna were still taking place.

To explore how an Israeli strike would impact the region’s stability, the simulation focused on the five actors that were considered the most significant in the Gulf region: Iran, Saudi Arabia, the United States, China and Russia. The simulation included 31 experts from 13 countries and focused on three scenarios: a successful Israeli strike on Iran, a failed strike, and a partially successful strike.

Discussions in the simulation produced a few key insights, which observers of developments in the region may want to keep in mind as they try to make sense of the Middle East in the next few years.

First, the experts argued that in the years after an Israeli military strike (regardless of its results), the Middle East will enter the nuclear proliferation phase, which will include not only Israel but also Iran and possibly Saudi Arabia. An Israeli strike will embolden the Iran regime’s desire to have a nuclear weapon, viewing it – much like North Korea – as a guarantee against future attacks.

How would an Israeli strike against Iran impact Israel?

A successful strike could lead to a Saudi-Israeli normalization. Some of the experts argued that a successful Israeli strike might cause Mohammed bin Salman, as king, to normalize relations with Israel, in the expectation that the entrenched anti-Iranian sentiment in Saudi Arabia would outweigh any backlash against normalization.

However, a failed strike could have a negative effect on Israel’s regional position, as Israel was perceived until then as a strong partner to the Gulf states on security affairs and a critical partner for confronting Iran. The experts assessed that if Israel failed to deliver on confronting Iran by failing to destroy its nuclear facilities, Saudi Arabia would be less inclined to engage with it.

While a nuclear deal between the US, other world powers and Iran seems almost certain at this point, the stakes for an unchecked nuclear Iran are higher than ever.

If Israel feels compelled to act alone to stop a nuclear Iran, a completely different geopolitical reality could emerge in the Middle East.

A simulation examining what happens when Israel strikes Iran, featuring some of the world’s top Iran and Middle East experts, gives us a look at the year after such a development.

Such a strike would impact Iran, Saudi Arabia, Russia, China and the United States – but also Israel’s regional position.