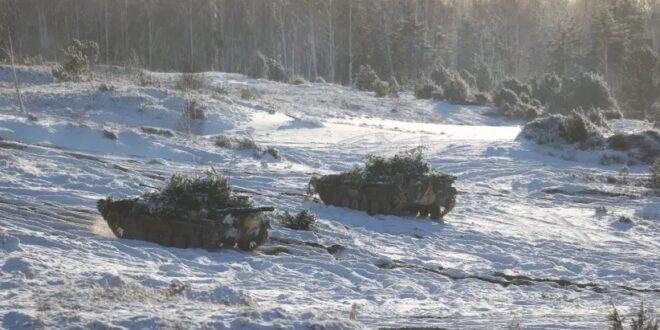 It takes up the attention of world’s major powers, and Iran is taking advantage

Why is Russia invading Ukraine?

The constant and ongoing question of whether Russia will invade Ukraine is delaying the finalization of a nuclear deal with Iran. It has distracted the Biden administration completely from the Iranian nuclear issue and has harmed dialogue between Washington and Moscow in all areas.

But Israel’s current government may not be upset by a deal being delayed. The longer developments on a nuclear deal are postponed, the more pressure falls on Jerusalem to be proactive in the cyber, covert or military spheres to halt that progress. With all of its negative sides, a deal would give the Jewish state a temporary breather on those issues.

What part does Ukraine play in all this?

The US has signaled it is ready for a deal for several months already. Though the Islamic Republic has tried to play coy, it has also hinted that it is ready, once it has milked the last bit of new concessions out of the West that it can obtain.

The deal will most likely resume only when Tehran feels the pressure again. The running theory was that this would happen in late January or early February. At the time, IAEA Director-General Rafael Grossi could have issued a quarterly report, urging Iranian Supreme Leader Ayatollah Khamenei to inch closer to a deal.

This, along with Iranian nuclear progress since the beginning of 2020, was part of why the Biden team has said there were only weeks left to cut a deal for the last two months.

Two factors have moved Tehran to cooperate and shift positions in 2021-2022:

Russia and China are keeping Khamenei afloat, both militarily and economically, despite US sanctions.

So when they run out of patience and want progress, Khamenei almost has to comply. This was a lesson he learned after former Iranian president Mahmoud Ahmadinejad tried to ignore the two and paid with UN Security Council global sanctions that brought the ayatollahs to their knees.

That pressure is less now because all US-Russia issues have been overtaken by the Ukraine crisis. If, until recently, the major powers could compartmentalize different crises and disagreements in different parts of the world, that is no longer a possibility. So, Moscow may not try to help solve the Iranian nuclear crisis as fast as it can.

Russia and the US as individual actors are just more distracted by the Ukraine crisis and simply cannot put as much energy into anything else while they are staring each other down over the Ukrainian border.

Obviously, the delay is temporary. The next meetings of the IAEA Board of Governors are set in stone for March 7-11. Grossi can delay his report until closer to that meeting, but it has to be out by the time the meeting opens. The board must decide whether to condemn Iran and report it to the UNSC, or not to because of some new progress.

So in the end, Ukraine is delaying a deal (or a blow-up and new crisis with Iran), but probably only for a period of weeks to a month. By mid-March, the runway for delay will probably have run out.

Post Views: 95
Previous Russia, amid ongoing drills near Ukraine, says ties with US are ‘on the floor’
Next German troops arrive to reinforce Baltics amid tensions over Ukraine