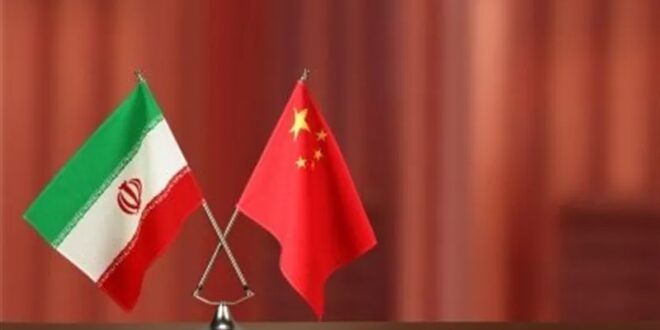 The Middle East strategy of China is gradually progressing. Recently, an official agreement between the governments of Iran and China brought the 25-year comprehensive cooperation treaty into effect, while Syria signed an understanding to join the Belt and Road Initiative. Massive trade and investment initiatives have helped China establish itself as a significant player in the Middle East.

Iran and Syria want to strengthen commercial and trade ties as the Syrian conflict fade. The end of the conflict in Syria represents the beginning of a new era of business connections between the two nations.

The Five Seas initiative connects the Mediterranean, Red, Persian, Caspian, and Black Seas, attempting to unify all nations in the area. With the notion of “Shamgen” articulated by President Recep Tayyip Erdogan, who was the Prime Minister at the time, but in the movement known as the Arab Spring, it was shelved.

A branch of China’s Silk Road, Tehran, Baghdad continues down the Euphrates River via Al Bukemal, Deir ez-Zor, Raqqa, Aleppo, and Latakia. Thus, China may benefit from the land-accessible Latakia port as a major logistical hub. The Chinese Belt and Road Initiative strengthens the bonds of communication and cooperation between China and Iran, all the way to Syria. Damascus was a historic Silk Road station. The old inns are still standing. These inns are said to have utilized the first bills/checks.

The second branch from Tehran goes to Damascus, then Beirut. That’s why China sought money for the Beirut port following the great explosion. By negotiating with Lebanon for the Beirut port, China will have two ports opening to the Mediterranean, giving it a huge advantage.

As a consequence of the deal, Syria vowed that it would not make concessions to the West. Even after certain Arab nations re-established ties with Syria and France appointed ambassador, Syria continues to offend the West.

Russia and Iran are also unconcerned about Syria-China collaboration. Despite the potential of a favourable conclusion in the discussions over its nuclear activities, Iran is now doing as “the field needs” and establishing deals with China that will bind it for a quarter of a century and beyond. So, Russia, Syria, and Iran all meet in one area. Except for vetoes, China was quiet throughout the Syrian conflict. However, its worldwide rivalry with the USA may intensify, and the Syria move coincided with the “moment when counter-measures should be implemented.”

Russia has returned to the Middle East, and China will soon follow. After years of anticipation, Syria has finally joined the Chinese Belt and Road Initiative. Syria joined the initiative following a memorandum of understanding signed by the Syrian Planning and International Cooperation Authority head, Fadi Al-Khalil, and China’s ambassador in Damascus, Feng Biao, after official statements and mutual visits on the Beijing-Damascus line in recent years indicated Syria’s imminent accession to the BRI.

On the Chinese Belt and Road Initiative, Syrian President Bashar al-Assad has said that Syria may participate via infrastructure development. “China is a great nation that is attempting to enhance its influence in the globe, but not in a bad sense, but influence in the sense of depending on friends… as it depends on partnership and similar interests, instead of the hegemonic strategy followed by the West,” Al-Assad remarked at the time.

Assad went on “Syria is on the Silk Road, and China regards us as equals, not as a large nation with a minor. There are similar interests… a benefit for China, Syria, and other nations on this path… in the end, it benefits all nations. This implies greater global stability.”

The Syrian offer, which contained six Chinese projects aligned with the Belt and Road model, appears to have been well received in Beijing, which ultimately chose to include Damascus in its effort.

There are a number of projects that may be implemented as part of this initiative. These include rail links between Tartous and the Iraqi border, highways connecting the country’s south to its north, electricity generation, oil and gas exploration; as well as Chinese free zones in Syria.

Currently, the “leaning towards the east policy” is being followed; Damascus has announced this policy in response to what it perceives as the participation of the United States and Western countries in the war against Syria.

China’s involvement in Syria has grown since 2018. In a statement released by Xinhua News Agency, Chinese Ambassador Qi Qianjin expressed his country’s desire to play a larger role in Syria’s economic, political, and military affairs. During a hospital visit in Damascus, the Chinese envoy remarked, “I believe it is time to focus on Syria’s growth and rebuilding. I think China will further up its support for the Syrian people and government.” Perhaps the recent $44 million in humanitarian aid to Syria bolster the Chinese ambassador’s claims.

In an August 2019 letter, the Chinese ambassador emphasized the development of Syrian railroads and ports; after promising $20 billion to Syria, Yemen, Lebanon, and Jordan for rehabilitation and economic growth.

The Belt and Road Initiative was announced by China in 2013 and intends to link nations across the globe with a network of roads, railroads, ports, oil pipelines, sea lanes, and telecommunications networks.

The Syrian president recently declared that it has reached a formal deal with China to join the Belt and Road initiative. This initiative was initiated by China in 2013. It is a massive infrastructure project that intends to enhance China’s commercial linkages.

According to the deal inked between China and Syria, railways, international roads, power plants, and the expansion of Syrian ports would all be funded by China, with Syria paying a substantial portion of the expenditures over time.

The Chinese president vowed to contribute $20 billion in Syria, Jordan, and Lebanon to restore infrastructure, with Syria’s part estimated at $9 billion.

However, China would not compete with Russia for the port of Tartus, but will strive to develop the port of Latakia via the same corporation that is already expanding the port of Tripoli in Lebanon.

Abdullahian met with his Chinese counterpart Wang Yi in Beijing, where he is on a formal invitation, to discuss the current developments in bilateral ties and economic cooperation.

In addition to supporting Iran’s nuclear rights and easing the embargo, they discussed the current Vienna discussions on lifting the embargo.

In March 27, 2021, the two nations announced a “comprehensive strategic partnership” in a joint statement. According to paragraph 6 of the statement, all parties are prepared to discuss and develop a long-term cooperation pact. On April 27, Mohammad Javad Zarif and Wang Yi, the Iranian and Chinese foreign ministers, signed this treaty.

In recent years, the two nations’ trade volume has been about $20 billion. Since 1995, Iran exported about $9 billion to China and imported between $9 and $13 billion. China is a major provider of electrical, audio-visual, chemical and industrial goods to Iran. Iran, on the other hand, is one of China’s top oil suppliers, oil imports before the sanctions amounted for around 6% of overall imports. However, unofficial data shows that during the sanctions period, China was the largest buyer of Iranian oil.

The project will encompass 30% of global GDP and 35% of global commerce and has three key goals. The primary purpose is to free China from the naval blockade and depend entirely on the Straits of Malacca. More than 150 ships each day, predominantly Chinese and Japanese tankers, sail through the strait.

China will turn to be the world’s leading economic power by exporting technological and engineering products and services to other nations. Iran is a major supplier of energy, raw materials such as iron ore, and petrochemical crude products to China, making it a major priority in the Belt and Road Initiative.

The Minister of Economy declared that the 25-year deal between Iran and China is nearing completion. China announced $400 billion in Iran, with $280 billion going to the oil and gas sector and $120 billion to transportation.

Currently, the government has about 100,000 unfinished economic and development projects, which need a thousand billion tomans (1,000,000,000,000,000,000 Tomans) of credit to complete. In addition to continuing to purchase Iranian oil, the Chinese are helping to build big oil and gas reserves and modernize Iran’s refineries.

In recent months, news of Chinese involvement in the form of industrialization of housing building for the National Housing Movement and the construction of four million housing units in four years. Other probable 25-year areas of collaboration include telecommunications, science-technology, education, health, and tourism.

Post Views: 108
Previous Is The Ukraine ‘Crisis’ Just Another US Charade?
Next Ukraine Crisis: Strategist Putin And The West