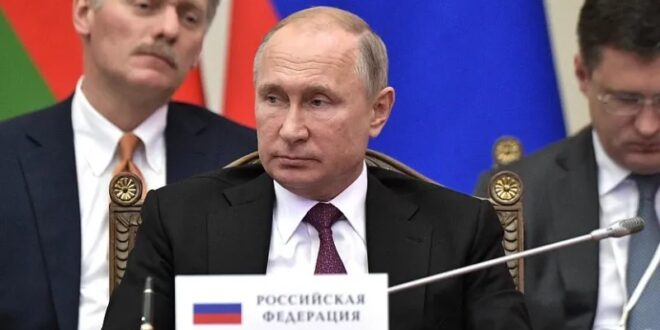 Tensions are growing between Russia and the West on the Ukrainian border where Putin has deployed 100000 troops and in response, the Biden administration has deployed 3000 troops in Eastern Europe.. The divisive nature of the Ukraine crisis suggests that Kyiv has nonetheless struggled to forge an independent path–torn between Brussels and Washington in the West; and its long-standing ties to Russia in the East. As a strategist, Vladimir Putin’s gameplay over the Ukrainian issue offers a mix of diplomacy and war.

In 2014, Ukraine became a battleground when Russia annexed Crimea while arming and abetting separatists in the Donbas region in the country’s southeast. From the European perspective, Russia’s annexation of Crimea has been an irksome event since World War II when a European state annexed the territory of another. More and less, fourteen thousand people died in the conflict, the bloodiest in Europe since the Balkan Wars of the 1990s. The issue remains complex in nature since it has manifold stakeholders, Russia, the Ukrainians, the EU, NATO, and the US.

From the Russian perspective, Ukraine’s western integration via its entry into the EU-NATO club will not be acceptable since it compromises Russia’s security-cum- its identical clout in Eastern Europe., The western political leaders and analysts think that Putin’s increasingly combative rhetoric, coupled with Russia’s huge troop buildup on its border with Ukraine clearly reflects Kremlin’s readiness for an invasion with a means to pull the country back into Russia’s sphere of influence and prevent its accession to NATO. Though the EU warns Russia of fatal consequences, should it take military action in neighbouring Ukraine, Brussels is facing difficulties when it comes to dealing with Russia since there is a schism within the Union bloc over the Ukraine issue.

‘’Barring invasion, Europe can’t and won’t mobilize,′ Eurasia Group’s analysts warned, predicting that the EU “will struggle to bridge internal divides between Russia hawks and doves over Ukraine tensions.” When asked at a press conference last month, if he thought Russian President Vladimir Putin would attack Ukraine again, Joe Biden said, “My guess is he will move in. He has to do something.” Worse, Biden then revealed that there is no unity among NATO members on how tough the threat of new sanctions against Russia should be.

Columbia University’s Jeffrey D. Sachs argues that a lasting de-escalation of tensions requires all parties to respect the others’ security interests, and urges NATO to take Ukraine’s membership off the table in order not to provoke Russian ire. Because of Washington’s impending sanctions against Moscow in 2014 following its annexation of the Crimean Peninsula, interpreted in Washington as an invasion, China and Russia have intensified economic cooperation. Notably, the turnover between China and Russia reached a record $147 billion in 2021 whereas both sides-China and Russia shared commitment to raising their trade turnover to $200 billion by 2024.

Jake Sullivan, US National Security Advisor has had earlier persuaded Biden to pivot to Asia, whilst focusing on the three Cs: Covid, Climate and China. Instead, this year it has been all about Russia. Putin has made it clear that he is one who has become a hallmark in global news. More than ever, he is seen as a strategist with whom everyone desires to get connected. That said a gradually deepening crisis has emerged that would profoundly alter Ukraine’s domestic politics, Russia’s position in Europe, and the future of NATO. Because of the pro-Russia’s German factor (the Nord Stream 2 gas pipeline, a project– that will supply Russian gas to western Europe— which may be utilized by Moscow as a big geopolitical weapon, the mood in Brussels is jumpy indicating a real fear that the EU could be spiraling– towards its worst security crisis in decades–thereby raising reservations to participate in the US-NATO imposed war with Russia over Ukraine.

Putin has intermittently advocated his rhetoric about Ukraine in multiple public appearances during 2021. His statements over the Ukrainian issue are glaring reflections– that his patience with Kyiv is running out—clearly suggest that almost all of the requisite components and justifications for military intervention are either in—or moving into—place. Richard Haass, President of the Council on Foreign Relations while arguing in the Project Syndicate, said, ‘’The US and its allies are more than justified providing Ukraine with arms to defend itself, as well as threatening to impose severe economic sanctions should Russian President Vladimir Putin decide to launch an invasion. But the US is also right to offer a diplomatic path for Putin if he decides to walk back from the brink’’. But unfortunately, Haass remains unable to discern the underpinning dynamics of Russia’s realism.

And yet, the near- and long-term indicators suggest that US- NATO officials look more worrisome than their European counterparts. While Moscow considers Ukraine as Russia’s integral part, Washington-Brussels stance on Ukraine’s NATO membership is the core of the current crisis which Moscow considers a direct western attack on its security and sovereignty. Pascal Ausseur, a former French navy admiral and director of the Mediterranean Foundation of Strategic Studies, on the eve of current Putin-Xi meeting in Beijing, said, “It increases Russia’s relative importance for China — Xi couldn’t have provoked Biden nor Europe this openly,” “And Putin showed Xi that he knows how to take geopolitical and military risks, which Beijing must have appreciated,” he added.

The mood of global diplomacy on Ukraine seems very dynamic and volatile– given French President Macron’s current meeting with Putin — was part of a frenetic day of diplomacy under the shadow of a possible new war in Europe. On the other hand, Germany’s chancellor, Olaf Scholz, remained preoccupied while meeting Joe Biden at the White House and the German FM, Annalena Baerbock, shortly visited Kyiv, assuring the Ukrainian government of support and cooperation. Meanwhile, Washington and Brussels held talks on how to keep energy supplies flowing to Europe if Russia turned off the flow of natural gas.

Geopolitically, Moscow-Beijing’s current stance that the West must be revisiting its NATO’s eastward expansion towards the Russian border has turned the Ukraine conflict into an impending theater of war if peace diplomacy is not given its due role. In case the Biden administration threat of imposing personal sanctions fails, and Putin decides for a full scale invasion of Ukraine, then the emerging scenario will be that the war over Ukraine will not only involve the Russia/NATO/ US/ EU, but it will also involve China. In this scenario, the theater of the war will be enlarged –thereby expanding its jaws towards Asia, causing unimaginable devastation, blood, and famine around the globe.