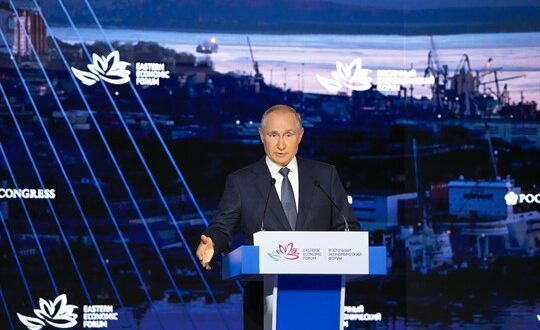 In early September, Russian President Vladimir Putin appeared at the Eastern Economic Forum in Vladivostok, a port city on the Pacific coast, to issue a call to action. Russia, he said, needed a new generation of pioneers to revive the country’s eastern frontier. “The development of the Far Eastern region is of huge importance to Russia,” Putin said, urging the assembled businesspeople to invest in the region. No less than “the development of our country not [just] for decades, but for centuries to come” depended on it, he added.

Nearly 30 years after the collapse of the Soviet Union, Russia’s Far East is a region still struggling to reach its unique potential. Stretching over nearly 2.7 million square miles, the Far East is larger than most countries and accounts for roughly 40 percent of Russian territory. It enjoys an abundance of natural resources, including oil, natural gas, coal, timber, seafood and a wide range of valuable minerals. Historically, its southern territories have been a center of agricultural activity, and today they boast more than 2 million hectares of cultivated farmland suitable for growing wheat, rice, corn, soybeans and barley.

Post Views: 40
Previous Africa’s Ties With Europe Should Be Shaped by African Agency
Next Europe Still Doesn’t Have a Realistic Alternative to NATO