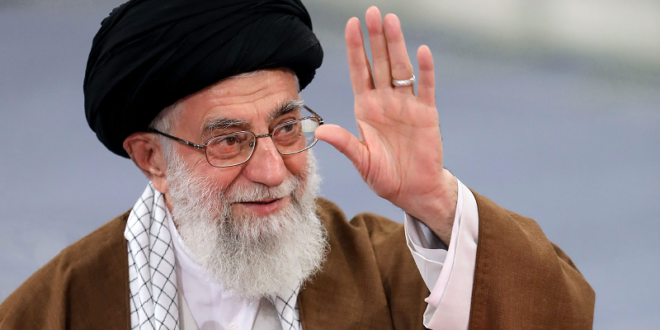 Iranian Supreme Leader Ayatollah Ali Khamenei said in a televised speech Thursday that Iran needs atomic energy and is not pursuing nuclear weapons, as the nuclear talks with the world powers has reached its final stages. “We will sooner or later need peaceful nuclear energy.

If we do not pursue it … our independence will be harmed,” Khamenei told the Iranian public during the speech in support of the Iranian nuclear negotiators currently in Vienna for a ninth round of talks. Khamenei’s address on Thursday comes a day after the Islamic Republic’s chief nuclear negotiator said that a nuclear deal with the world powers is “closer than ever.” “Nothing is agreed until everything is agreed, though,” Iran’s Ali Bagheri Kani tweeted on Wednesday.

“Our negotiating partners need to be realistic, avoid intransigence and heed lessons of past 4yrs. Time for their serious decisions,” the tweet continued. Meanwhile, French Foreign Minister Jean-Yves Le Drian told his country’s parliament Wednesday that the negotiations have reached the “tipping point,” adding: “It’s not a matter of weeks; it’s a matter of days.

Political decisions are needed from the Iranians. Either they trigger a serious crisis in the coming days, or they accept the agreement which respects the interests of all parties.”

Post Views: 215
Previous China Developing ‘Brain Control Weapons’ For Future Wars
Next Australia To Designate All of Hamas as a Terror Organization