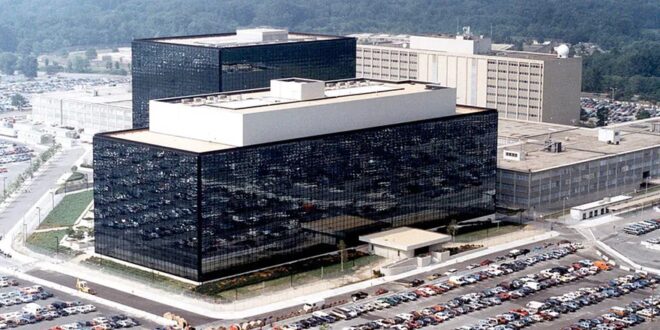 While Western intelligence assessments were largely proven correct they are not a substitute for strategy itself.

In a pre-dawn television statement, President Vladimir Putin announced a ‘special military operation’, beginning the long-anticipated invasion of Ukraine. This escalation comes at the end of months of conventional military build-up on Ukraine’s border, and diplomatic wrangling to prevent war.

A Russian attack has been on the cards for some time. Western intelligence agencies had warned about efforts to subvert Ukraine, and highlighted worst-case scenarios of a full-scale invasion of Ukraine. Just yesterday, US Secretary of State Antony Blinken told ABC News: ‘everything we’ve seen over the last 24 to 48 hours has Russia putting the final touches on having its forces in place across all of Ukraine’s borders, to the north, to the east, to the south, to be ready for a full on invasion’.

Looking back, Western agencies have done what they were supposed to do. They provided warning, told the policymakers, who, in turn, amplified the threat. It appears that the systems performed well, though in recent weeks there were detractors.
Warning Signs

Intelligence warnings have been loud and clear. In December 2021, The Washington Post reported that US intelligence believed Russia was planning ‘a military offensive against Ukraine as soon as early-2022’. An unnamed official in the Biden administration added, ‘The plans involve extensive movement of 100 battalion tactical groups with an estimated 175,000 personnel, along with armor, artillery and equipment’.

In the past few weeks, there has been a crescendo of intelligence briefings. In January, intelligence officials told the Biden administration that Moscow intended to carry out ‘a false flag-operation’ in Eastern Ukraine. White House press secretary Jen Psaki briefed that ‘an attack could come at any time … everybody should keep their eyes open and aware of that potential — fake videos, false accusations about chemical weapons or accounts of attacks on Russian soldiers that have not actually occurred’.

The US has also repeatedly warned of Russian efforts to subvert Ukraine, accusing Russia of recruiting former and serving Ukrainian officials. ‘The United States will continue to take steps, including through actions like this one, and in partnership with the Ukrainian government, to identify, expose, and undercut Russia’s destabilization efforts in Ukraine’, Antony Blinken said in a statement.

Last week, responding to Kremlin statements that Russian forces were winding down, the UK Chief of Defence Intelligence, Lieutenant General Sir Jim Hockenhull, told journalists: ‘We have not seen evidence that Russia has withdrawn forces from Ukraine’s borders. Contrary to their claims, Russia continues to build up military capabilities near Ukraine’. Backing up the statement, the UK Ministry of Defence also took the innovative step of tweeting the possible axis of invasion, suggesting Russia could primarily target the Ukrainian capital Kyiv. ‘Russia retains a significant military presence that can conduct an invasion without further warning’, it added. In recent days, Defence Secretary Ben Wallace has also put intelligence front and centre.

There is little doubt that intelligence has performed well. Agencies have given warning and shaped the policy response. However, while the ‘prebuttal’ of Russian plans has been an innovative use of intelligence, questions need to be asked about its effectiveness. Declassifying intelligence and publishing to reject disinformation has been seen as more effective than after-action reporting, even if there have been doubts about the strategy. Protection of sources and trust in the information have been key concerns. So too the regularity of the messages, and the need to avoid a ‘boy who cried wolf’ scenario, something that had been used by critics to pour scorn on recent statements.

The US intelligence community said last week that it had intelligence showing that Russian commanders had received orders to proceed with an invasion of Ukraine. President Biden told reporters he was ‘convinced’ that Putin had made a decision for war and believed an attack was likely in the ‘coming days’.

Naturally, Moscow dismissed Western claims as hysteria. Others have pointed to historic intelligence lapses, specifically US and UK assessments of Iraq’s weapons of mass destruction pre-2003. While the build-up of Russian forces has been undeniable, thanks to imagery intelligence and use of open sources, Russian intentions have been masked. Whether the build-up was part of a diplomatic war of nerves, or a preparation for full-scale invasion, has been open to interpretation.
Lessons

What has been clear is that the prebuttal approach has served to counter Russian disinformation. Intelligence has formed part of the cornerstone of Western diplomatic and political responses to the crisis, warning allies and domestic audiences of the threat to Ukraine – though we should not overplay its significance.

Although we may never fully know the true impact of the prebuttal strategy on Russia, it is worth pointing out that intelligence leaks have not (and could never) emolliate Putin or parts of his inner circle, as some experts have suggested. Last week, a former Director of the US National Counterintelligence and Security Centre, William Evanina, took to Twitter: ‘Putin is fully aware the US Intel Community is the best in the world. Ever. The US collection is exquisite, deep, and without gaps, especially on Putin and his universe. He was not prepared, however, for how aggressive the US would be in sharing our collection to the world’.

Intelligence can never be ‘exquisite, deep, and without gaps’. All intelligence has gaps, some more significant than others. Equally, foreign leaders and governments can never be deterred by intelligence leaks alone, though intelligence sources have recently indicated there are ‘elements within the military and Russian security services who harbour very serious doubts about the plan to invade and its effectiveness’.

The immediate response to those who were critical of UK/US intelligence reporting before today is that the assessments of Russian intentions were largely correct. While timing and exact modes of attack are difficult to predict, the Kremlin playbook of false flags, troop build-up and lies were successfully called out. Yet the release of intelligence does not make a strategy, and we need to be careful about drawing out lessons we want to see. Intelligence remains a tool to inform statecraft; it can never be a power itself to modify the policies of other states and leaders. If anything, the lesson today is that despite the overwhelming build-up of intelligence and western warnings, Putin has chosen the path to escalation.

Post Views: 117
Previous A Sombre Hour for Europe
Next Russia Takes Another Bite at Ukraine