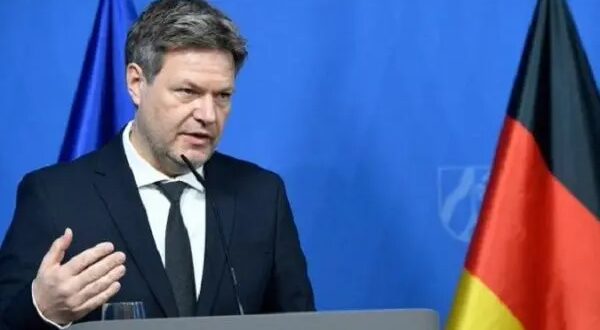 On Thursday, Germany’s Economy Minister Robert Habeck stated that he is not in favor of banning energy imports from Russia as they are necessary to prevent prices from “rising further” and guarantee “social peace” in Germany.

“Our aspiration was to gain sovereignty and reduce dependency as soon as possible by abandoning fossil fuels. However, what has been built in recent years, in which our dependency increased, cannot be changed in a few days or months. ,” Habeck admitted and proposed to diversify imports, build liquefied natural gas terminals, and create strategic gas and coal reserves before next winter.

Although Habeck is a member of the Green Party, he believes that the possibility of keeping nuclear power plants active is a measure that should be studied to expand German energy independence. This option, however, will not solve the problems that will arise in the coming winter.

Regarding the consequences of the sanctions against Russia, Habeck stressed that the German economic situation was already tense due to the pandemic. Currently, however, the operating conditions of certain economic sectors have worsened due to the effects of the Ukrainian conflict.

However, he thanked German businessmen for supporting the sanctions against Russia despite suffering the consequences and pointed out that “solidarity is unbreakable.”

The German economy minister also admitted that “there are no specific links that can be repaired because the effect is so strong in all areas that great consequences must be feared.”

To mitigate the domestic impacts of Western sanctions, the German government offers compensation for damages suffered by German companies operating in Russia. This compensation, however, will not be granted to companies with large investments.

Post Views: 213
Previous Putin Offers To Cease Attacks If Ukraine Disarms and Disengages From The West
Next Risks to energy markets as SWIFT ban against Russia goes ahead