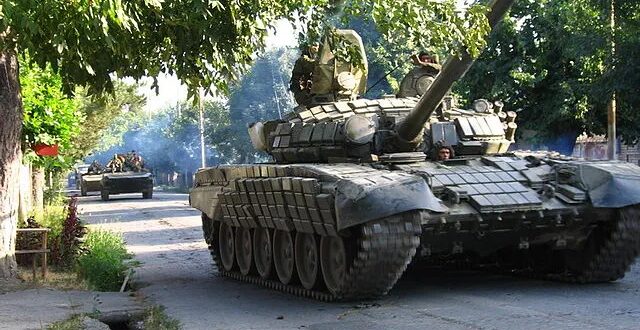 The Kremlin signaled that it is willing to negotiate surrender terms with Ukraine in the midst of ongoing attacks on the country by Russian Forces in a statement by Kremlin Press Secretary Dmitry Peskov at about 2 pm today. According to Peskov, President Putin is now willing to speak to Ukrainian President Zelinsky about the country disarming, de-coupling from the West, and cleansing itself of “pro-Nazi” people.

“The president formulated his vision of what we would expect from Ukraine in order for the so-called ‘red-line’ problems to be resolved. This is neutral status, and this is a refusal to deploy weapons,” Peskov stated.

A previous attempt by President Zelinsky to contact Putin was ignored by the Kremlin on the eve of Russia’s attacks on Ukraine.

The position that Putin has staked out for Ukraine to satisfy Russian demands would mean the end of Ukraine as an independent country. Being disarmed and unable to field any forces in its own defense it would be forced to accept the permanent presence and occupation of Russian troops as “peace-keepers” to defend Ukraine from imagined aggression by NATO. It would also allow Russia to use the country as a buffer state and as the second-largest country in Europe in terms of landmass, a great deal of any future war with Russia(And its devastation) would be fought in Ukraine rather than Russian territory.

The “de-Nazification” of Ukraine also presumes that Russia would be in occupation to decide who these nazis were and how to punish them, which also means that Ukraine would function like a territory of Russia where its people would be subject to Russian laws while not entitled to the full rights of citizenship in the Russian Federation.

President Zelinsky has announced that Russia has declared him “enemy number one” intimating that Putin intends to capture him or kill him. As of this morning, Zelinsky remains in the capital Kyiv with his family and vows to fight on.