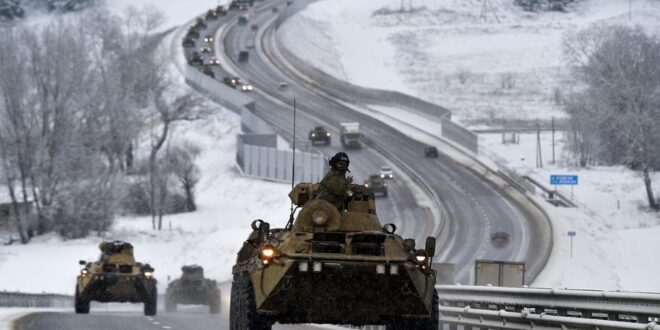 Pentagon establishes communication line with Russians amid war in Ukraine

The Pentagon has established a communication line to the Russian Defense Ministry in attempts to reduce the risk of dangerous misunderstandings as Russia wages war on Ukraine, a U.S. defense official said Thursday.

The Defense Department set up the deconfliction line on Tuesday “for the purposes of preventing miscalculation, military incidents and escalation,” the official said on condition of anonymity.

“The United States retains a number of channels to discuss critical security issues with the Russians during a contingency or emergency,” the official said.

It’s the second attempt by the Defense Department this week to avoid miscommunication and misunderstandings with Russia as its troops attack Ukraine.

Chief Pentagon spokesman John Kirby announced Wednesday that Defense Secretary Lloyd Austin postponed a planned nuclear missile test launch scheduled for this weekend “in an effort to demonstrate that we have no intention in engaging in any actions that can be misunderstood or misconstrued.”

“We recognize at this moment of tension how critical it is that both the United States and Russia bear in mind the risk of miscalculation and take steps to reduce those risks,” Kirby said. “We did not make this decision lightly, but instead to demonstrate that we are a responsible nuclear power.”

Some Republican lawmakers, such as Sen. Jim Inhofe of Oklahoma, the ranking Republican on the Senate Armed Services Committee, condemned Austin’s decision to cancel the missile test.

However, senior defense officials this week have said they have not observed any evidence of Russia upping its nuclear posture.

As U.S. defense officials look to avoid causing an escalation in tensions with Russia, Ukraine continues to request additional military equipment from Western countries to help defend against Russia. The U.S. has provided about $1 billion in security assistance to Ukraine during the past year, including Javelin anti-tank missiles and other ammunition.

Some of those deliveries have continued within the past several days, but a senior U.S. defense official on Thursday declined to confirm reports the U.S. has sent FIM-92 Stinger missiles in those packages.

“I can only say that we continue to provide Ukraine systems that they need to defend themselves, and that includes systems and weapons that they can use to deal with the threats on the ground as well as airborne threats,” said the official who spoke on condition of anonymity.

Ukraine has also requested the U.S. enforce a no-fly zone over the country, but President Joe Biden has declined to do so to avoid putting American troops in combat with Russian troops.

The decision not to establish a no-fly zone over Ukraine is yet another way the U.S. is attempting to avoid escalating the conflict, White House Press Secretary Jen Psaki said Thursday.

“It would require, essentially, the U.S. military shooting down Russian planes and causing or prompting a potential direct war with Russia — the exact step that we want to avoid,” Psaki told reporters.