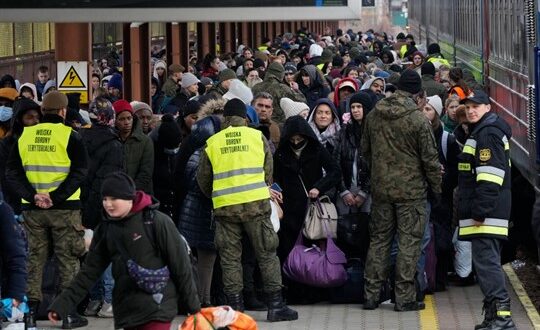 As the uncertainties surrounding Russia’s invasion of Ukraine continue to multiply, one thing seems clear: Europe is poised to experience a level of population upheaval not seen on the continent since the 1940s.

Exactly a week has passed since the war began, and already more than 1 million Ukrainians have fled to neighboring Poland, Hungary, Slovakia, Romania and Moldova. European Union and United Nations officials are warning that the number seeking refuge in the EU could soon exceed 7 million. Such a figure, which would vault Ukrainians into being the world’s largest refugee group, may well prove an underestimate. Russia’s much more localized invasion and annexation of Crimea in 2014 forced 1.5 million Ukrainians from their homes. This time, the entire country is under assault.

Post Views: 107
Previous For the West, Now Comes the Hard Part
Next The Ukraine War: A Global Crisis?