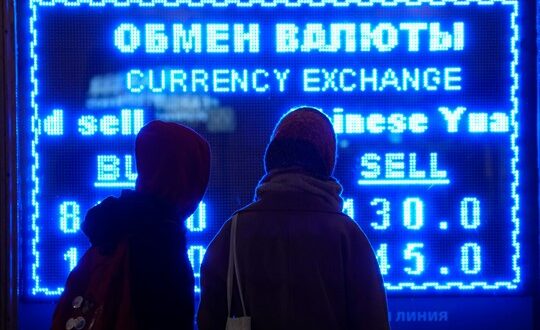 For the West, Now Comes the Hard Part

Just over a week since it began, Russia’s invasion of Ukraine resembles a tale of two wars. For Russian President Vladimir Putin, the past week can hardly have been reassuring. Between the poor performance of the Russian military on the ground and the existential shock of Western sanctions on the Russian economy, it seems to be proof that he suffered from a severe case of war optimism.

For the West, the story is quite the reverse. Despite the outrage over Russian attacks on Ukrainian civilian targets, the surprisingly tenacious fight put up by Ukraine’s outgunned military has become a cause célèbre, while President Volodymyr Zelensky’s heroic political leadership has made him an inspiration. And despite the shock of the war, the West’s response to it—from economic sanctions to delivering belated military aid to Ukraine—has begun to fuel a euphoric sense that a long-awaited historical turning point has arrived.

It is still early, and there is plenty of room for reversals in the coming days, weeks and months, to say nothing of years. But already a number of takeaways have emerged and, along with them, some cautionary notes that bear underlining.

Putin is isolated and exposed. As Howard French put it in his WPR column this week, in just eight days, Putin has turned himself into “the world’s most toxic man,” joining the ranks of past and present global villains like Saddam Hussein and Bashar al-Assad. In addition to the opprobrium heaped upon him by the Western media, the community of nations overwhelmingly rebuked him in the United Nations General Assembly this week, even if he was able to veto a similar measure at the Security Council. His closest friends have hastened to distance themselves from him, and states that have balanced and hedged in the past are keeping him at arm’s length.

More significant in the long run than his current isolation, is what Putin has exposed about himself in the past week. Vaunted by some in the West as a strategic mastermind, he instead displayed either hubris or incompetence when it comes to the fundamental strategic calculus of any war: whether its benefits will outweigh its costs. Instead of a quick, easy and inexpensive victory, Putin has committed himself to a costly and bloody war of attrition, while simultaneously turning his imagined Western encirclement of Russia into a very real state of siege. As importantly, the Russian military’s elevation into a fearsome, modernized, combined arms force has been exposed as a myth, as has Russia’s reportedly sanctions-proof economy, stripping him of two important tools of deterrence and compellence.

But perhaps the biggest self-inflicted loss Putin suffered this week was that of his “strategic ambiguity,” the lingering doubt about his motives and intentions that had provided cover and plausible deniability for Western governments and business interests to continue doing business with him, even after the 2008 Georgia War and the 2014 annexation of Crimea. Putin the pragmatist, Putin the opportunist and Putin the incrementalist are no more. In their place now stands Putin the bloody threat to Europe.

Nevertheless, the West must take care not to overstate or misinterpret Putin’s current pariah status, which will likely fade with time. As importantly, anti-Putinism must not be mistaken for pro-Westernism. Many of the governments currently reviling Putin and his invasion of Ukraine share or at least sympathize with his ultimate goal of weakening or replacing the U.S.-led order, foremost among them being China. And that is even more the case for their publics. The hedging on the current crisis by U.S. partners like Israel, Saudi Arabia and the United Arab Emirates suggests that the U.S. will face difficulties forging a coalition to contain Russia, let alone China. And the notable abstentions this week from the General Assembly resolution condemning the invasion—India and South Africa—make it clear that President Joe Biden’s framing of a global standoff between democracy and autocracy is off the mark.

The West is united and punchy. The past week has seen nothing less than a revolution in European military affairs, but also in the trans-Atlantic partnership. Germany has finally agreed to increase its defense spending to meet NATO’s 2 percent of GDP target, while also waiving its objections to sending lethal arms into an active conflict zone. The European Union has mobilized a mechanism to coordinate and reimburse the delivery of weapons by member states to Ukraine. The U.S. and NATO have rapidly deployed forces to Eastern European member states to reassure them in the face of potential escalation, while also deterring any further escalation or provocation by Putin.

All of this is as understandable as it is shocking for long-time watchers of debates over European security and trans-Atlantic relations: War changes everything, and above all, it concentrates minds and subordinates second-order debates to the need for urgent action. Still, given that the unity and cohesion of the West’s response was still a matter of speculation and real concern as recently as two weeks ago, its ability to rise to the occasion comes as a welcome surprise.

But here, too, euphoria should not get in the way of clear-sighted analysis. Increased military spending doesn’t necessarily mean better defense capabilities—and certainly not overnight, given the parlous state of Germany’s armed forces. Nor does it mean better-coordinated European defense, which doesn’t lack for spending so much as harmonized budgets that avoid duplication and a collective strategic vision that directs spending to the capabilities that will actually improve Europe’s ability to project force and defend its interests. That could be on the way in the form of the EU’s upcoming “Strategic Compass” document, but for now, many divisive debates still lie ahead.

In the meantime, NATO’s role as the security backstop for Europe has been reinforced to a degree that defies hyperbole. That means that for as long as the war and broader standoff with Russia last—in other words, the foreseeable future—U.S. military, diplomatic and policymaking resources will be significantly more committed to Europe than the Biden team and most of the Washington foreign policy community had hoped for or expected.

Economic sanctions can be a WMD. As promised by Biden before the invasion, and to a degree that surprised both economic and political analysts, U.S. and European economic sanctions started high up the escalatory ladder in response to Russia’s initial deployment of “peacekeeping” forces to Luhansk and Donetsk. They quickly climbed after the all-out assault on Ukraine to include most of whatever room had been left for escalation. As importantly, their impact on Russia’s economy has been instantaneous and devastating. While the threat of sanctions did not deter Putin from invading, their quick imposition and effect as a punitive response should now enhance the deterrent effect of that threat moving forward.

The fact, too, that many of Washington’s Asian allies and partners have joined in to impose sanctions of their own or quickly fall in line with those imposed by the U.S. and Europe exposes the weakness in the argument that the U.S. commitment to European security comes at the cost of addressing the challenge posed by China. To the contrary, it has crystallized to an unprecedented degree the recognition that the European and Asian theaters of strategic competition are intimately linked. Far from emboldening China, the current crisis will in all likelihood cause some introspection among Chinese strategic and policymaking circles about their apparent conclusion that the U.S. and the West more broadly are paper tigers in terminal decline.

But while economic sanctions can bite, they don’t win wars. As Erica Gaston explained in her WPR column several weeks ago, targeted sanctions rarely achieve the strategic objectives they are deployed to accomplish. And as the cases of Iran, North Korea and Cuba have amply demonstrated, even draconian sanctions like the ones now targeting Russia are no guarantee of state collapse or even capitulation.

Moreover, the costs of sanctions, though for now visible only in Russia, will ultimately be shared by the West. While public opinion in the U.S. seems to be supportive of sanctions, that could change as their impact on the cost of living begins to be felt more strongly, especially at the pump.

All of these takeaways and caveats lead to what is perhaps the most important one: the danger of war jingoism. As I mentioned above, war changes everything, but perhaps first and foremost it changes the ecosystem in which natural selection operates on competing ideas and policy proposals. Its logic favors an escalation to the extremes that only clear-sighted vigilance and political restraint can rein in. We’ve already seen that escalation to the extremes in Putin’s nuclear saber-rattling, but also in calls in Washington and Europe for arming an eventual Ukrainian insurgency. That might make geopolitical sense, but it would come with grave humanitarian costs. And its historical track record has been mixed, while coming with unintended consequences even when successful, as for the U.S. in Afghanistan in the 1980s, but also Iran in Iraq in the 2000s.

The same thing holds for the sudden embrace of a Cold War logic of implacable enmity and irreconcilable differences between the West and Russia, which admittedly now seems inevitable and, in many ways, is already taking shape. But decoupling is hard to configure in a globalized world, meaning that achieving it could very well come at the cost of the international order that the U.S. and the West hope to preserve. Moreover, as Nikolas Gvosdev has noted, because of its natural gas and energy needs, Europe—and by implication the U.S.— “can sustain long term sanctions on either Iran or Russia, but not both.” Needless to say, all of the above holds true even more for China.

In other words, the U.S. and the West will ultimately have to make choices and prioritize. But it is also not too soon to start considering off-ramps to the immediate crisis as well as how to manage the long-term confrontation with Putin’s Russia that now seems inevitable. Neither will be easy, and in the short term, the West will be forced to accept awful compromises, of the sort we are already familiar with from decades of conflict in the Middle East and Africa, between what it must do and what it can do—to alleviate the suffering of the Ukrainian population, to stop and roll back Putin’s expansionism and to shore up the foundations of a world order that suddenly seems at risk of being overtaken by events.