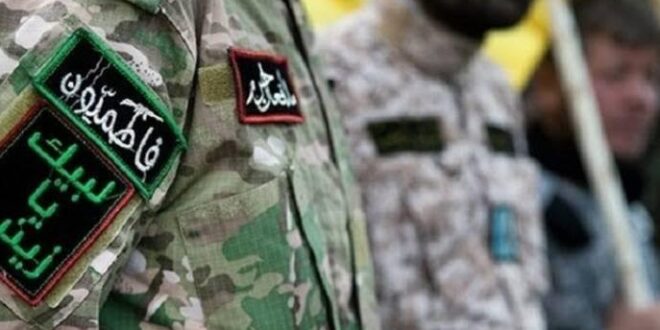 Zaman al-Wasl learned that Iran supplied allied militias in Syria, particularly the Syrian desert with quality weapons, including anti-armor machine guns amid mounting attacks by the Islamic State on Wednesday.
A well-informed source told Zaman al-Wasl that the IRG delivered advanced weapons to its points and to the Afghan Fatemiyoun militia based in the Palmyra and Arak desert in the eastern countryside of Homs province.

The sources indicated that the delivery process took place under the supervision of prominent leaders of the Revolutionary Guards, as more than 40 weapons and 50 military uniforms were delivered.

The militia stressed that the supply process came with the aim of raising the readiness of the points to counter the repeated attacks by the Islamic State on the military sites and points of the Iranian militias in the Palmyra desert during the last months.

It is noteworthy that this armament operation is the first of its kind in the past years within the military points of the Iranian militias in the eastern countryside of Homs.

ISIS, which declared a caliphate straddling parts of Syria and Iraq in 2014, has lost all the territory that was under its control in 2019.

However, the group continues to wage a low-level fight in both countries, launching frequent hit-and-run raids from desert hideouts on either side of the border with Iraq.

The military reinforcements belonging to the militia and the Fourth Division arrived at the scene and transported the dead and wounded in military vehicles belonging to Palmyra Military Hospital.

The militia and the Fourth Division launched a joint military campaign in the area that continued until the evening, amid continuous flight of reconnaissance drones.

Syria’s conflict began in March 2011 and has killed nearly half a million people and displaced half the country’s pre-war population of 23 million.