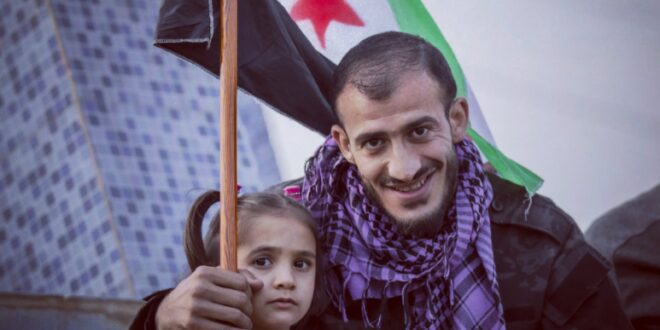 A legendary Syrian rebel fighter has offered his expertise to the Ukrainian army in helping them roll back a Russian invasion. Suhail al-Hamood – nicknamed Abu Tow after the anti-tank missile – is said to have destroyed more than 100 Russian-made tanks in Syria during the Free Syrian Army’s battles against Assad regime forces.

After Moscow’s invasion of Ukraine on Thursday, Abu Tow was quick to offer Kyiv help in taking out more Russian tanks.

“How can I go to Ukraine and fight alongside the Ukrainian army Is there a way I’m ready,” he tweeted.

When someone told him “where there’s a will there’s a way”, Abu Tow responded that he was serious about offering his services in battling the Russian invaders in Ukraine.

Idleb-based Abu Tow told The New Arab that so far he has been unable to reach Ukraine due to a lack of funds and not having a passport.

“There is a strong will I am in Idleb now and ready to go to support the Ukrainian army. I want to help someone,” he replied.

Around the same time as the Russian intervention, rebels reportedly received a shipment of more TOW missiles which were used to take out Assad regime armor, particularly in central Syria.

Abu Tow, who defected from the Syrian special forces in 2012, reportedly neutralized over 130 enemy tanks and other equipment during the war.

Ukraine has called on foreign volunteers to join their fight against Russian forces.

Twitter users gave advice to the legendary Syrian fighter on how to reach Ukraine.