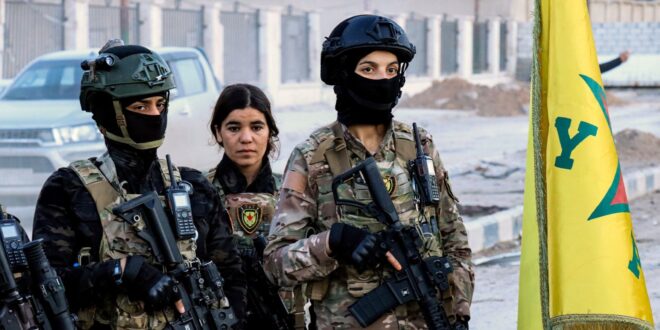 Syrian government forces used automatic weapons to attack a military checkpoint in the village of Kozliya in the northern countryside of al-Hassakeh governorate. The outpost was run by the Syrian Democratic Forces (SDF), which is backed by the Washington-led International Coalition.

The attack resulted in the death of a government officer and soldier and two SDF fighters.

“Damascus has launched a provocative attack against the SDF in the vicinity of Kozliya, which is located west of Tal Tamar,” said a commander in the Tal Tamar Military Council which operates under SDF rule.

“Our forces immediately responded to this attack, as a result of which two of our fighters were martyred and another was wounded, while two soldiers from the regime forces were killed, and two others were wounded,” revealed the commander who requested anonymity.

The clashes that took place on Tuesday resulted in four deaths, including an officer with the rank of first lieutenant.

The commander indicated that the command of the forces “is following up the investigation to clarify the cause of this serious incident, and based on the results of the investigations, necessary action will be taken.”

The official SANA news agency said that a “patrol of U.S. forces accompanied by members of the SDF militia tried to penetrate points controlled by the Syrian army” in the Hassakeh governorate.

It did not mention whether there were victims but said the SDF attacked after soldiers blocked the patrol’s passage.

The SDF confirmed the toll in a statement. It did not mention the presence of U.S. personnel and called the incident “a dangerous provocation by the Syrian regime.”

The war in Syria is estimated to have killed nearly half a million people and displaced millions more since it began with a brutal crackdown on anti-government protests in 2011.

It quickly spiraled into a complex conflict that pulled in numerous actors, including jihadist groups and foreign powers.

Russia intervened militarily in Syria more than six years ago to shore up President Bashar al-Assad.
Neighboring Turkey views some Syrian Kurdish fighters as “terrorists” and has launched several operations against them.