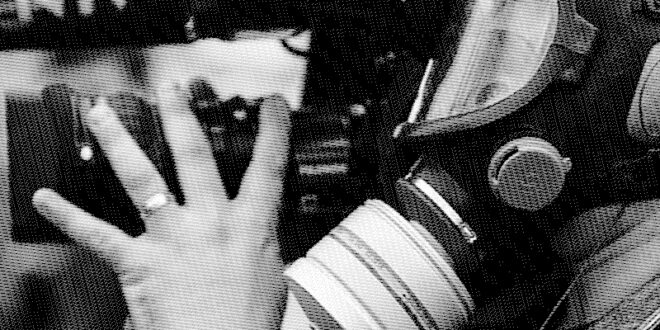 Anyone who has worked in the news media over the past 20 years has seen many ‘Ukraine’s.’ They know, as I do, that the past perpetrator was rarely named, let alone punished.

I worked as a digital researcher and archivist for two major networks for over 20 years, including almost 10 years with Al Jazeera English in both Washington, DC and Doha, Qatar. Part of my job involved watching and archiving the footage of the countless bombings that were taking place on a regular basis in Iraq, Afghanistan, Syria and elsewhere. Many of these countries were quite precise in their filming and sharing footage of bombing raids, civilian deaths and such. The American forces – not so much. In fact it was rare to see any footage at all, let alone official figures of dead civilians or even a monthly or yearly ‘foreign’ death toll. The main difference between the horrors witnessed in Iraq then and Ukraine now? This footage is seen on TV screens around the world almost every night.

The ‘business-as-usual’ simple-minded media propaganda – such as ‘the madman across the water’ – is proof that we are trying, once again, to pretend we are immune to the actual horrors of war.

Not immune, perhaps, but we are determined to continue enjoying our freedoms without having to deal with negative thoughts about all the war-related things we don’t usually have to face on a daily basis.

In less than a week, we have almost universally accepted the narrative that war, this war, these images of suffering, hardship and death, are little more than fresh evidence that war is inevitable.

We have seen it before, of course. Well, sort of.

In the previous incursions, in Iraq, Syria, Afghanistan et al. over the past 20 years we did not receive daily updates about civilian deaths, the number of drone bombings or witness UN meetings calling for immediate sanctions against the perpetrators.

But for 20 years? You see? Twenty years.

How many children have been born during that time, everywhere in the world, who have not known a moment in their entire human history when one or two nations – and thus all of humanity- were not ‘at war?’

To say nothing of ‘economic warfare.” How many millions of people today -literally today- are having trouble finding enough food for their children because the ‘leaders’ of their country at one time -even 60 years ago- did something intentionally or accidentally to displease the Leaders of the Free World?

Any how many adults, in those long years, have actually questioned -on their own behalf, or their children, or other children, or the other innocents- why we have allowed these one or two nations to wage war against humanity for 20 years?

And the sad fact is that nothing will change with This War. Even though at the moment some semblance of ‘war coverage’ can be seen on our TV and computers screens on a daily basis, we will not see our leaders using their five minutes of fame to acknowledge or criticise 20 years of war.

So we have learned only one lesson: War is inevitable. It is human nature to kill or be killed.

Our task now, we are told, over and over and over again, is to sit back and watch painstakingly detailed coverage about just how bad the ‘situation’ is while listening to ‘politicians’ deliver heart-felt odes dedicated to the sanctity of democracy and the cost of ‘freedom.’

Their votes and tears are not meant to actually address any issues.

They are meant to give the ‘leaders’ a forum to demonstrate to their citizens that they support sanctions and banning TV networks and paraplegic athletes and corporations who withdraw their services.

The people of Ukraine, the people of Russia, are little more than chess pieces, forced to move about with no direction home, no real protection, no real say in their fate or that of their children.

Do you think I am wrong? Turn on the news. Right now. No matter where you are in the world, you will see 24/7 coverage of ‘the war.’ Human stories. Stories of carnage. Stories of helplessness. Stories about the inevitability of war.

And ask yourself, did you see one single ‘leader,’ one single country, calling for a way to end inevitable war while real people search for real solutions?

Did you see one leader asking how it is possible that one million people are forced to ‘relocate’ while nations not only spend billions of dollars on ‘armaments’ with which to fight the good fight but somehow manage to move those billions of dollars worth of instruments of destruction into the war-zone?

So we wonder once again, as you have done so many times before, is war really inevitable?

And then we might have to finally consider one simple question: If this level of death and destruction is ‘inevitable,’ perhaps it is this way for a reason. And what is that reason?

It is time to demand an answer to this question.

It is time to take responsibility for the madness, the real war of terror we have allowed to be carried in our name for the past 20 years.

It is time to call on all ‘leaders’ to finally build a society in which the children born today do not have to live 20 years in a world where war is assumed to be inevitable.

They deserve better than this endless military-industrial-finance-complex madness.

We all deserve better.

Post Views: 90
Previous The Impact Of The Russia-Ukraine Conflict On Global Financial Markets
Next India’s Russia Choices: A Narrowing Path To Strategic Hedging