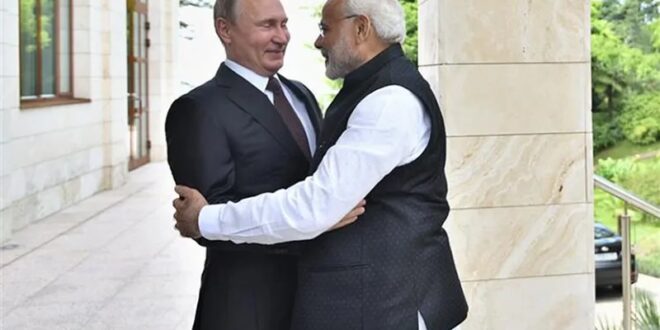 Russo-Indian relations have been historically stable. A carryover from the Cold War era, a warm bilateral relationship has led to the development of a Strategic Partnership that has included defense deals, such as India buying Sukhoi Su-30 fighter jets, Mil Mi-17 helicopters, and more recently the S-400 missile defense system from Moscow. The nature of the security relationship has lifted Russia in the eyes of Indian observers, but in light of recent developments—including India’s closer ties with the United States and Russia’s February 24 invasion of neighboring Ukraine—India’s ability to deftly balance Moscow with the West may be tested like never before.

With both the West – led by the US – and Russia talking with India to support their positions politically and diplomatically, along with an appeal directly from the Ukrainian president for support, India’s position internationally is being scrutinized. While India’s own growing great power ambitions and geopolitical interests have catapulted it within the western orbit, Moscow’s latest aggressiveness with Kiyv may have narrowed the path to strategically hedge between competing great powers. In the long run, choices India makes apropos Russia’s ongoing aggression against Ukraine may limit India’s choices going forward, put tremendous pressure on its policy choices and make sustained hedging an unviable option, particularly when the choices are concerned with direct or core interests of great powers. These potential difficulties can be encountered by India bilaterally as well as multilaterally, across the comprehensive range of platforms that it engages with the world today.

One of the first such pressure points for India could be its policy alignment with the Quad countries, where all the other three members—the United States, Australia and Japan – are united in their stand against Russia. Whereas the US has led the chorus by sending support to Ukraine, Australia has said that it will provide “lethal” aid to Ukraine via NATO and Japan has joined the chorus of countries isolating Moscow via economic sanctions and export bans, India has remained silent. Even after a personal appeal by the Biden administration, suggesting publicly that “any nation that countenances Russia’s naked aggression against Ukraine will be stained by association,” India has sought to balance its delicate relationships with both the United States and Russia. The rather disapproving language used in India’s explanation to abstain its recent absence from voting against Russia on a UNSC resolution deploring Russia’s actions may be a reflection of its diplomatic tight spot, its tacit unhappiness with Russia’s actions on Ukraine and its lingering cautiousness vis-à-vis the west.

Going forward, collective actions against Russia spanning financial, trade and military domains are likely to increasingly ensnare India in an intense era of divisive and decisive geopolitics where critical decision-making on regional and global matters will be the most crucial factor in enhancing global standing. As India is a critical partner in America’s plans to counter China’s rise in the Indo-Pacific, a compelling challenge awaiting India may be the Biden administration’s intended policy to bridge the Euro-Atlantic vision with the Indo-Pacific. The U.S. State Department Spokesperson’s assertion that one of the central tenets of the Quad and the post-war international order is that “large countries cannot bully small countries” may be a preamble to the impediments that lie in policy choices in the Indo-Pacific.

India’s balancing act can be seen through the recent United Nations Security Council Resolution that would have condemned the Russian invasion, but was rejected after India joined China and the United Arab Emirates in abstaining. The resolution before the Security Council was co-sponsored by 80 countries and 11 Security Council members before it was vetoed by Russia. Moscow went out of their way in singling out India for their “independent and balanced position.” In a pinch, the United States has vowed to take the condemnation of Russia to the UN General Assembly, where no member state has veto power. However, this was not the first time that India likely alienated Western partners within the halls of the UN. In early February, India joined Kenya, China, and Gabon in voting against a procedural vote in the Security Council. Putin himself thanked the four countries for being “brave” in ‘[withstanding] U.S hand-twisting.”

In addition to causing frustration among Quad allies, there are consequences that an uneasy alliance with Russia brings. While India can readily claim that the fight between Russia and Ukraine is well outside its area of concern, the blowback from economic sanctions on the Russian energy sector are enough to cause near-term concerns. India’s oil demands are growing and projections reach as high as 10 million barrels per day by 2030. As it tries to make a transition into cleaner sources of energy, India may look to Russian sources of natural gas. Plus, as Indian oil minister Hardeep Singh Puri recently said at the Eastern Economic Forum in Vladivostok, Russia, Indian companies have already invested more than $16 billion in the Russian oil and gas sector. Exposure to energy companies that are likely to be affected by Western sanctions could sour the mood on India’s near-term economic outlook, which is supposed to grow at around 9 percent in 2022.

Russia-India relations rest on a historic defence relationship. From the recent 2+2 dialogue, combined with a flurry of recent investments largely benefitting Russian industry, Indian investments in Russian oil to large purchases of military equipment, the India-Russia relationship has only expanded. However, India will have to look at its partnerships in terms of interests, strategic positioning and long-term gains. The emerging Sino-Russian axis and Moscow’s occasional signaling to New Delhi by flirting with Pakistan provide caution against a relationship with Russia without any buffers. Metaphorically, India’s strengthening relationship with the US perhaps is the strongest fence in that pursuit. Not openly criticizing Russia could lead the US to wield CAATSA sanctions as a condition for policy alignment with the Euro-Atlantic stand on Russia.

Worse still, this could be just one of the emerging challenges for India in navigating the complex economic order that emerges with the complete seclusion of Russia from all existing global financial mechanisms, especially given the scale of trade between the two countries. One of the most avoidable risks of high trade with Russia in the post-2022 sanctions regime would be the possibility of associating with a China-led alternative. With over 100 countries using renminbi for payments to China, the possibility of such a regime strengthening in the future is high.

For India, the road to strategic hedging is constricting.