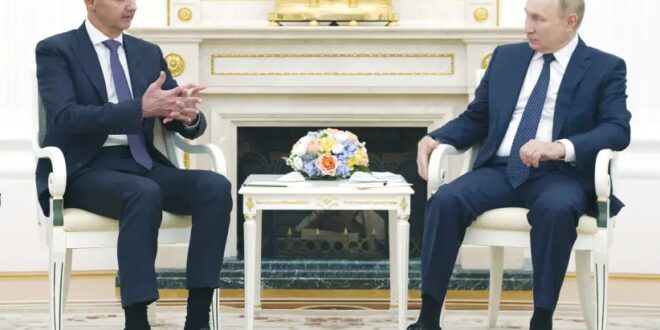 Russia recruiting Syrians to fight against Ukraine – US officials

Ukraine continued to call for the West to impose a no-fly zone and provide fighter jets.

Russia is recruiting Syrians to fight against Ukraine, the Wall Street Journal reported on Monday citing US officials. The Syrians recruited are reportedly “skilled in urban combat.”

According to American officials, Russia has been recruiting soldiers from Syria since 2015.

While fighting still rages on across Ukraine, the ongoing attack by the Russian military has left 211 Ukrainian schools destroyed or damaged, said Ukrainian Minister of Education and Science, Serhiy Shkarlet on Sunday.

“Today we see that every day more and more schools are destroyed or damaged. 211 schools have already been hit, some of which are completely destroyed, some damaged.” Shkarlet said in a televised address.

The Russian Defense Ministry warned Romania and other countries against allowing Ukrainian military aircraft to use their airfields, saying that doing so could be regarded as “the involvement of these states in an armed conflict,” according to TASS.

“Practically all combat-ready aircraft of the Kiev regime have been destroyed,” said Defense Ministry spokesperson Maj.-Gen. Igor Konashenkov. “At the same time, we are reliably aware of Ukrainian combat aircraft that previously flew to Romania and other border countries. Please note that the use of the airfield network of these countries for the deployment of Ukrainian military aviation with subsequent use against the Russian armed forces can be regarded as the involvement of these states in an armed conflict”

The Defense Ministry additionally claimed that the airfield of the Ukrainian Air Force in Vinnytsia was destroyed by a high-precision weapon by the Russian Armed Forces on Sunday.

Ukrainian journalist Andriy Tsaplienko had claimed that the missile was fired from the disputed territory Transnistria – a former Soviet breakaway state situated between Moldova and Ukraine – although Transnistria has denied this.

The Ukrainian Air Force later announced that the attack on Vinnytsia was carried out with eight missiles fired from Russian bombers from over the Black Sea.

Earlier the authorities said emergency services were working to put out fires at the airport caused by the rocket strikes.

Zelensky called again for the creation of a no-fly zone over Ukraine in a Sunday address: “The world has the power to close our skies to Russian missiles, to Russian fighter jets”

Other Ukrainian officials have repeatedly called for a no-fly zone over Ukraine. Western officials have rejected the requests, saying that such a move would mean entering a direct military conflict with Russia. “While someone is afraid to close the skies in Ukraine, our army is doing its job and destroying the enemy,” chastised defense minister Oleksii Reznikov.

Russia is concentrating on creating a land corridor between Luhansk and Donetsk and Crimea, and depriving Ukrainian access to the Sea of Azov and Black Sea, the Ukrainian military claimed in a statement.

They also claimed that having already invested all the forces allocated for the campaign, Russia is preparing to send additional units from Russia’s Eastern, Central and Western military districts.

Russia “has responded by targeting populated areas in multiple locations, including Kharkiv, Chernihiv and Mariupol,” said the intelligence update. “This is likely to represent an effort to break Ukrainian morale. Russia has previously used similar tactics in Chechnya in 1999 and Syria in 2016, employing both air and ground-based munitions.”

The Ukrainian forces also said they were defending Chernihiv, and were preparing the defenses of the Volyn province, which is in the north bordering Belarus and Poland.

A Russian column was claimed to have been stopped as it was advancing from south of Kharkiv in the direction of the river city Dnipro.

“Russian supply lines reportedly continue to be targeted, slowing the rate of advance of their ground forces. There is a real possibility that Russia is now attempting to conceal fuel trucks as regular support trucks to minimize losses,” continued the UK Defense Ministry’s Sunday intelligence update.
Fighting over the skies of Ukraine

The Ukrainian armed forces have said that they are focusing on air defenses, as both sides have claimed to have downed several jets over the weekend. Despite these losses, Russia has continued to encircle key Ukrainian cities with air support, the Ukrainian military said on Sunday.

Several of these losses were reported over the weekend, as videos have surfaced of aircraft being hit with MANPADS.

“Several enemy pilots have been captured — These are important witnesses at the upcoming military tribunal,” Ukrainian Defense Minister Oleksii Reznikov in an address on Sunday morning.

The Russian military in turn claimed that it had shot down several Ukrainian aircraft and destroyed air defense infrastructure.

Russia claims to have shot down 90 Ukrainian aircraft and 59 drones since the fighting began.

A Russian aircraft was shot down over the Black Sea by the Ukrainian Armed Forces, the Odessa Regional Military Administration spokesperson Serhiy Bratchuk said in a Sunday Facebook post.

This is the fourth enemy plane shot down in the last three days by Ukrainian air defense units, Ukrinform reported.