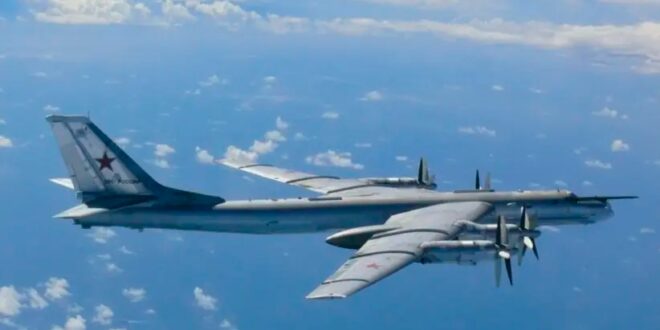 Russia-Ukraine War: What is a thermobaric bomb?

The Russia-Ukraine War has seen increased discussion about the danger of thermobaric weapons, but what are they exactly and how do they work?

What is a thermobaric bomb?

Thermobaric weapons are a type of explosive that uses aerosolized fuel – fuel droplets suspended in air – to ignite oxygen to create intense heat and pressure waves.

The weapon has a liquid accelerant and two explosive components. The fuel is dispersed by the first explosive into a cloud of vapor that mixes with oxygen. The vapor cloud spreads and can infiltrate buildings and any other space not completely sealed off. The second explosive then ignites the fuel, creating a massive high-temperature explosion and blast wave of pressurized air.

The gases eventually cool and pressure drops sharply, leading to a partial vacuum. This reduction of density, known as rarefaction, can damage internal human organs, such as causing one’s lungs to explode or eardrums to pop.

How are thermobaric bombs different from other explosives?

Because thermobaric bombs suck in much of the oxygen in the area, they can suffocate people sheltering in bunkers. They can also suck the air from people’s lungs — If they don’t burst from the pressure wave. This can happen without the brain being affected, leaving the victim conscious as he suffocates to death.

Thermobaric weapons are not explicitly banned in international humanitarian law. However, it is a principle of International Humanitarian Law (IHL) that military actions must target military objects. Any person who uses a weapon indiscriminately or deliberately against civilians is in violation of war crimes.

All appropriate efforts to avoid civilian casualties must be taken, and the reasonable commander must weigh the risk of potential damage to civilian objects to the military value and threat of a valid enemy target.

Thermobaric weapons impact a very wide area, and thereby quite indiscriminate in the damage they inflict.

There have been several reports that Russia is using vehicle-borne thermobaric rocket launchers against Ukraine since it invaded on February 24. However, there also have been reports of Ukrainian forces using thermobaric weapons in the form of shoulder-launched weapons systems.

Explosives based on the thermobaric effect have mostly been used by terrorists and guerilla groups, such as in the 1983 Beirut bombing in Lebanon, the 1993 World Trade Center bombing and the 2002 Bali bombings.

What are other names for thermobaric weapons?

Both the US and Russia reportedly have powerful airborne thermobaric bombs in their military arsenals. The Russian version, Aviation Thermobaric Bomb of Increased Power (ATBIP) has been nicknamed the “Father of all Bombs,” while the American GBU-43/B Massive Ordnance Air Blast is conveniently known as the “Mother of all Bombs” (MOAB), both of which may be the most powerful non-nuclear bombs in the world.